We talk a lot about games getting Kickstarter projects who have developers looking for funding. Whether it is in our semi-regular Kickstarter weekly round-up series or just the odd article here and there, a lot of games have been mentioned and successfully funded. So where are they?

Well one game that happened to be featured in one of our first weekly Kickstarter round-up articles has finally left the development stages and is now available on the Google Play store. Most games we feature generally get funded, some don’t, but the ones that do are still in development. However, Island of Diamonds has made the jump to a full release status. 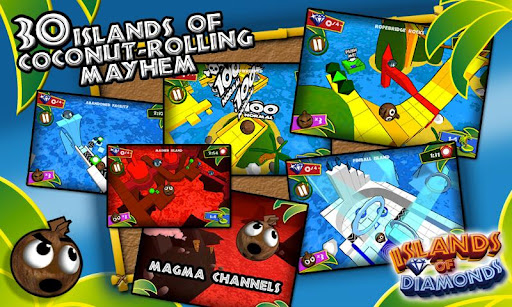 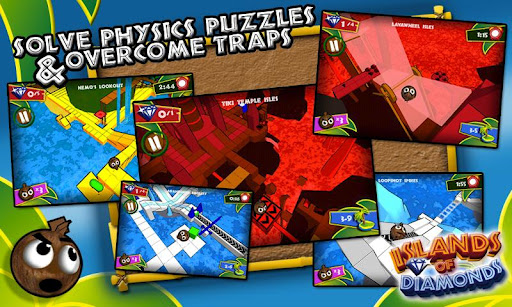 Island of Diamonds is a physics-based puzzle game where you have to roll a ball (actually a coconut) from the starting point in each stage to the end point. Everything is rendered with 3D visuals and each stage gets progressively more difficult.

While there may only be 30 levels right now, there is a ridiculous amount of achievements to earn and collect for all you achievement fiends out there. You’ll have to roll your coconut around each stage avoiding traps, solving puzzles and generally getting into physics craziness.

Island of Diamonds comes in two flavors, one free lite version to try out and a full version which you can nab for a mere $0.99. Now, for once, you can actually play a successfully funded game for Android. More to come in the future since a lot have gotten successfully funded.