Yesterday we saw an article about a new continuous running game being developed by Goroid Games called The End. Watching the preview trailer for this particular game revealed what is probably the most gorgeous looking running games we have seen so far for mobile devices.

Unfortunately, at the time we were reading the article, it appeared that this game was destined to be released onto iOS and there was nothing mentioned about Android being graced with The End as well. Naturally, after watching the trailer and taking a few minutes to recover after watching it, we decided to drop an email to Goroid Games to see if they had plans on bringing The End to the Android platform. 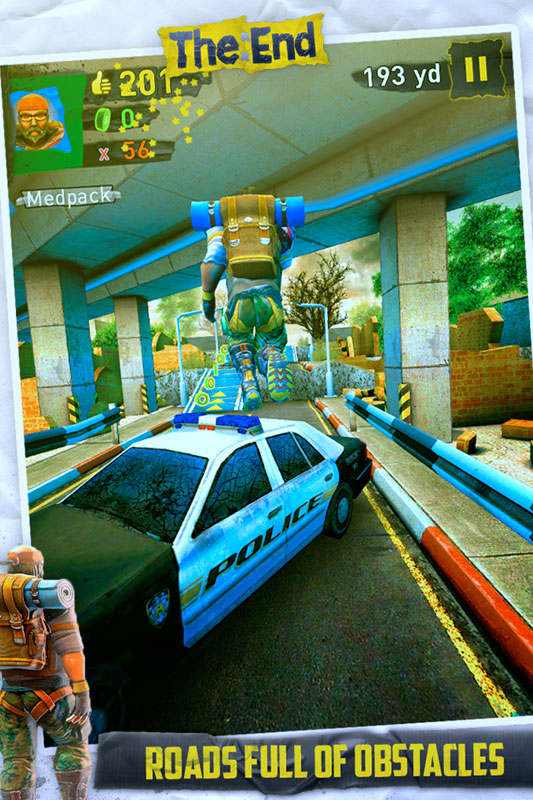 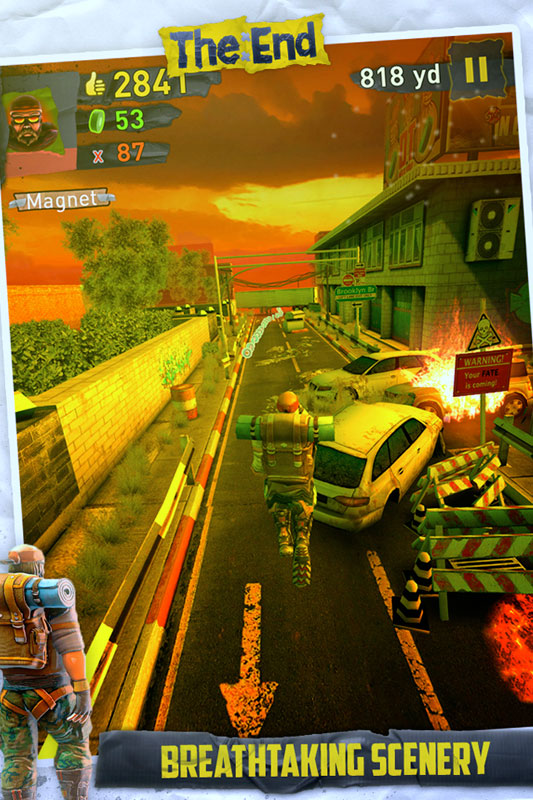 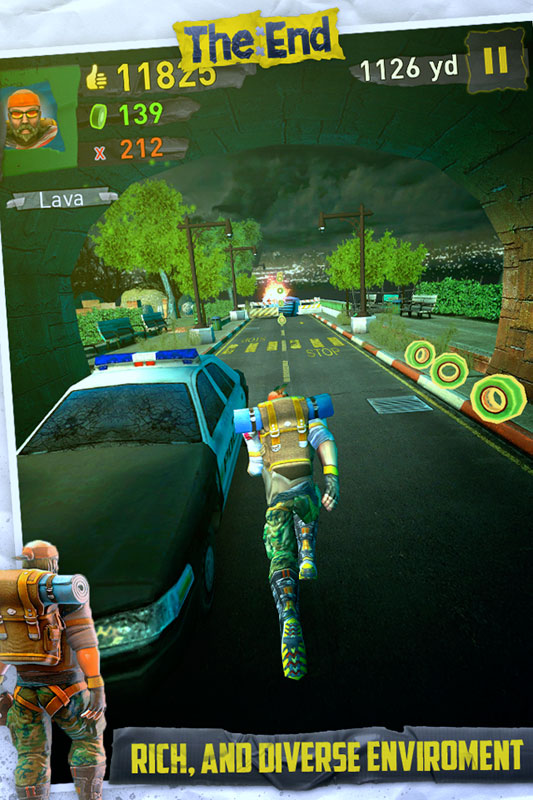 Well we heard back from the nice folks over at Goroid Games and we are happy to say that yes, The End will indeed be coming to Android. However, it will be a bit of a wait till we get to play this game. The End is a post-apocalyptic themed continuous running game where the world comes to an end. You’ll need to run like hell, collect duct tape and buy goodies for your survival camp.

The gameplay mechanics are a little bit different as well than a similar game like Temple Run. While the controls are essentially the same including progressive level design and multiple environments that you will run through, all themed around a destroyed and deserted city. You will be guided through the 14 days with 5 challenges each day in a sort of spread out progression. You can get help though either through practicing your skills through freeruns or by purchasing boosters to help out. Either way the Duct Tape is important!

The features list, great visual style and the variation the developers bring to the usual typical type of gameplay found in these types of games makes The End a very good candidate to knock Temple Run and similar games down a notch. So when can you get your hands on this game?

Well the developers have some more development to do regarding the iOS version which is supposed to be released any day now if it hasn’t been already. After that the Android version should arrive although they are currently working on it. We were told it would be around 2 months or so before The End lands on Android. Definitely check out the game’s official site, linked below, as there is lots of information and some rather humorous stuff to check out over there.