It seems as though, as of late, that Kairosoft had been forming a habit of giving everyone a few days warning before a new game is released. Apparently they felt like breaking this habit as they just released a new game onto Android called The Sushi Spinnery.

Kairosoft always has some interesting themes for some of their games and The Sushi Spinnery is one of those interesting themes. In this new sim game you are tasked with creating the best revolving sushi bar. It isn’t just about the food though being top notch but also the whole experience your customers have while at your little revolving sushi bar. 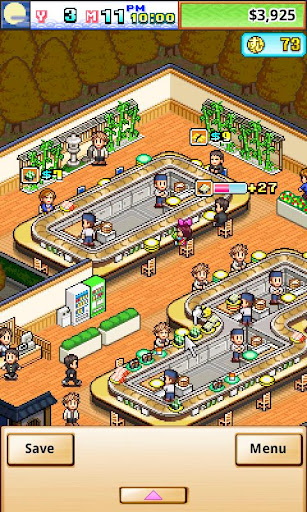 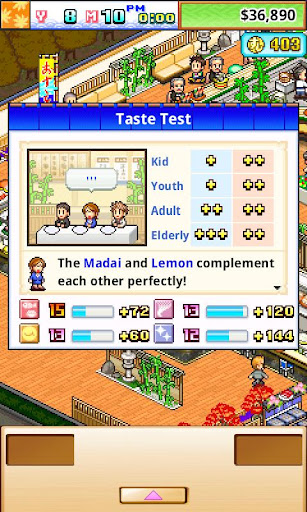 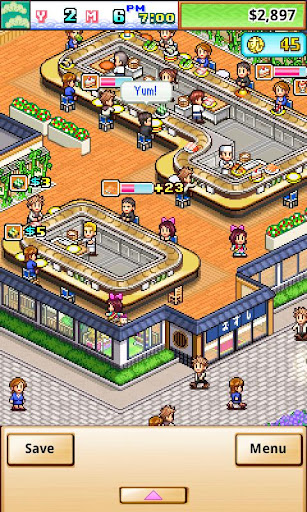 You’ll have to figure out what your customers like when they show up at your sushi bar whether it is also offering a salad bar or by dropping a couple Sumo rings in the area so they can watch to 90% naked men push each other around. As you progress through the game, you will unlock more ingredients and amenities to help boost your customer satisfaction and reputation. As your reputation grows you will become eligible to partake in competitions around the country. 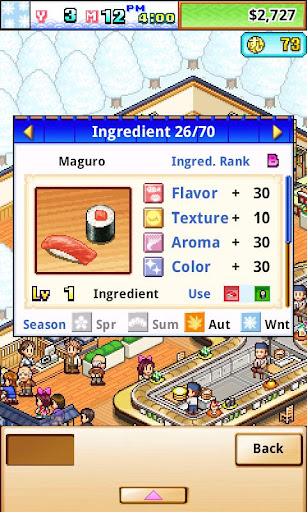 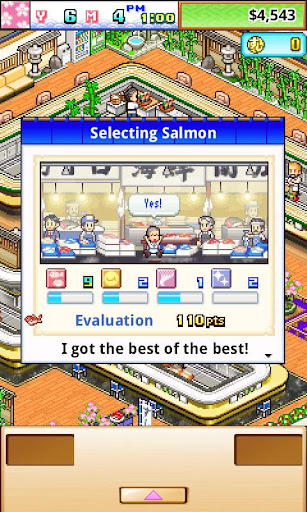 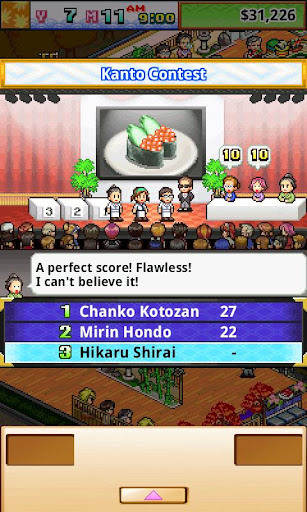 For those of you who are addicted to Kairosoft games, myself included, you can grab The Sushi Spinnery off of the Google Play store and our Google Play synced catalog for the usual $4.99, just in time for July 4th so you can lose all the free time you thought you had tomorrow.