It is Thursday and that means another release onto Android from Noodlecake as part of their Game-A-Week Project, or GAWP for short. This week’s release gives you the ability to kill a cowboy is 31 different ways with a game called Ready Steady Bang from Animade.

Ready Steady Bang is a neat minimalistic looking game where you where square off against a cowboy in a quick-fire duel. You will have the option of going up against 10 different computer opponents that are all unique in how they will face off against you. If you would rather shoot your friend instead, you can play in a head-to-head duel against them using one device in two player mode. 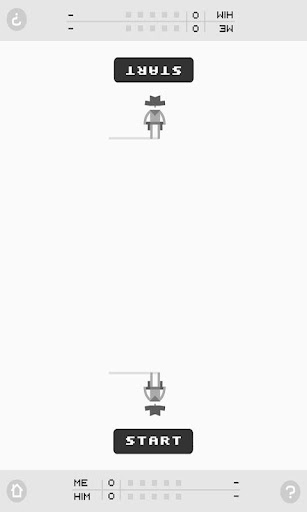 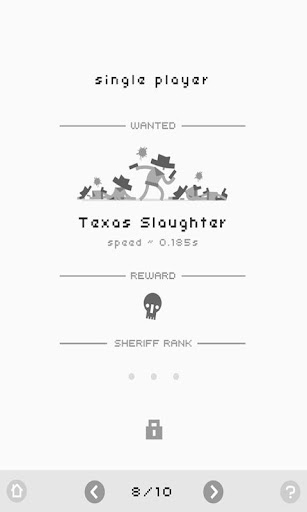 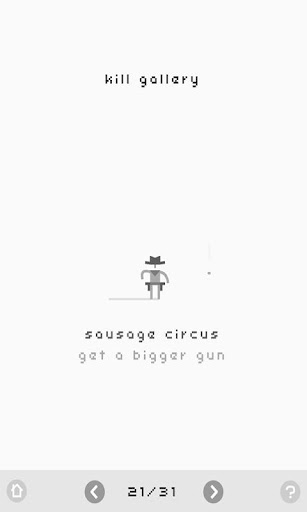 As you progress through the game you will unlock different ways that the cowboys will die. There are a total of 31 different death animations to unlock which you can then show off to your friends with the Kill Gallery feature. This game is pretty simplistic but strangely addictive. You can check the game out in action in the trailer below or just jump over to the Google Play store and pick it up for free.

Next week’s release in the Game-A-Week project will be a game called Letris 2 where you have to built words from the letters that fall onto your screen. Completing a word will remove those letters from the screen with the main goal being not to have your screen fill up with letters.