For those of you who have been following us for any decent amount of time may have seen us talk about Robotoki, a game development studio created by Ex-Infinity Ward employee Robert Bowling. We have also talked about their first game that they have announced called Human Element, a zombie apocalypse game that is certainly different than your standard zombie game.

Unfortunately, aside from some details that loosely explain the story and theme behind the game, we haven’t had too many details about Human Element. As of today though we do know a little bit more. To recap though, so far we know that Human Element will be released on numerous platforms including console, PC and mobile (Android and iOS). We also know that it won’t just be your standard zombie survival game but moral choices will also affect the outcome of the game.

You will be able to pick one of three classes: Action, Intelligence, Stealth. Once you pick your class you will then pick one of three different identities (a.k.a game modes): Survive Alone, Survive with a Partner, Survive with a Child. From there you will dive right into the post-apocalyptic zombie filled world and try to survive. How you choose to start in the world will affect the entire game from start to finish along with all the choices you make in the game. 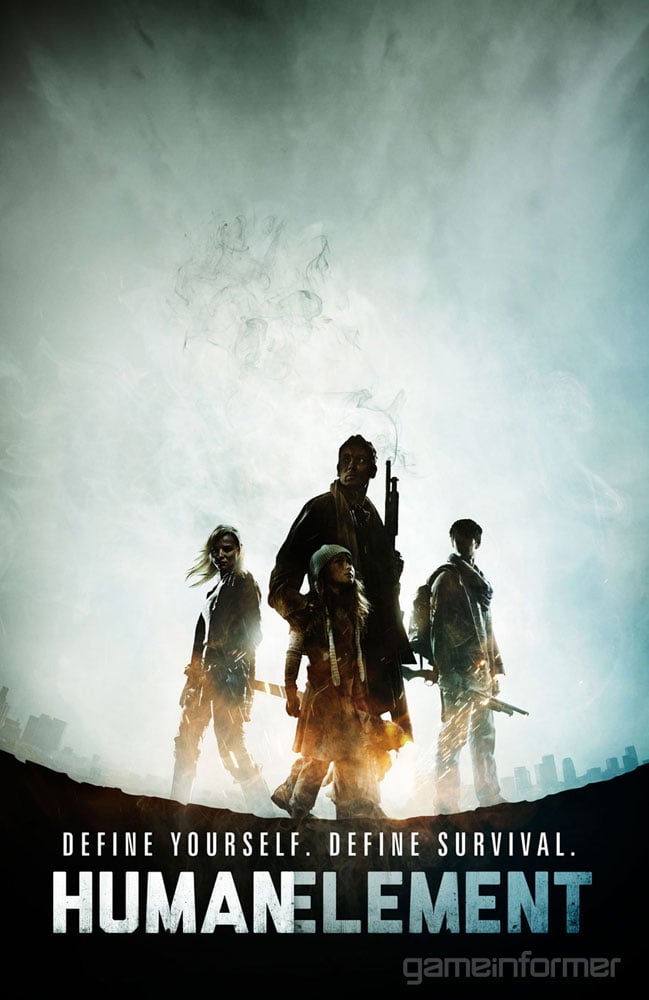 Today Robert Bowling released more details about Human Element and it appears that it will have location-based game mechanics as well. The entire game is cross-platform integrated and you will need to use both home-based platforms and mobile ones to play the game, something that really has been done before, not on this scale anyways.

We’re overlaying the world of Human Element onto the Google Maps API, FourSquare business API; we’re taking your real world and merging it with your game world. So now you’re checking into places in the real world and you’re scavenging in those locations for supplies that are dynamic to those locations. We can do that anywhere there’s GPS map data.

So if you are playing on your PC and you get injured for example, and you don’t have any medical supplies on you, you can then grab your phone and head to a pharmacy in the real-world, check-in and get medical supplies in-game. You will also be able to form alliances with other players and share those supplies and other resources with those people.

Like I mentioned in our previous article about Human Element, I’m already dry humping this game in my mind. This is definitely turning out to be something completely different than what most zombie game entail. Unfortunately we have a bit of a wait on our hands as Human Element isn’t slated for release on any platform until 2015. Check out the full interview with Robert Bowling over at GameIndustry.biz.