Yet another fantasy TCG arrives on Android called Deity Wars

Trading Card games are becoming quite popular on Android with a few already seeing some pretty massive success such as Rage of Bahamut. Social gaming company DeNA have released a new TCG onto Android for their Mobage gaming platform called Deity Wars which apparently comes with Raid Bosses.

Trading Card games, or TCG for short, are games where you collect card, build decks to play with and using the cards in your deck to combat enemies or battle it out with other players. One of the most famous games in this genre, physical or virtual, is Magic the Gathering. Mobage’s newest TCG offering, however, brings with it some interesting gameplay mechanics that you don’t find in many games in this category. For starters you can create original cards by using a hidden treasure called ‘Material’ which seems very reminiscent of the later Final Fantasy games. 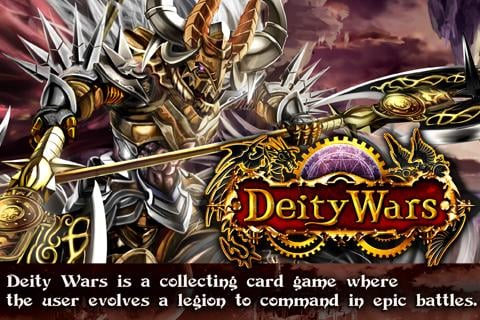 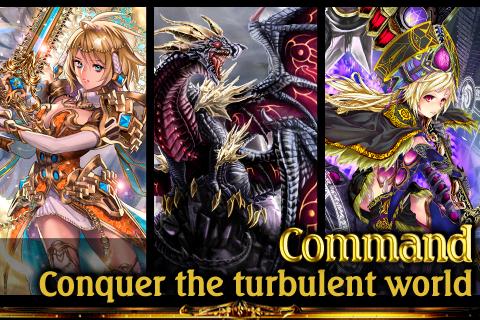 ・Over hundreds of beautiful cards change the form up to 4steps by “Evolving”!
・Collect hidden treasures called “Material” to set in your card and create your original card!
・Defeat the various bosses by multi-playing with friends in “Ally”!
・Build up the “Guild” to battle against other guilds and make your guild to become a No.1!
・Defeat the mighty enemy called “Raid Bosses” with your friends and acquire fabulous rewards!

Aside from the broken English in the features description on Google Play, you will be able to team up with other players in order to take down raid bosses. This is something that is fairly uncommon in TCG titles. Of course, like any good TCG, there is plenty of PvP combat as well whether you want to engage in one-on-one combat or create a guild (or join one) and carry out guild battles. 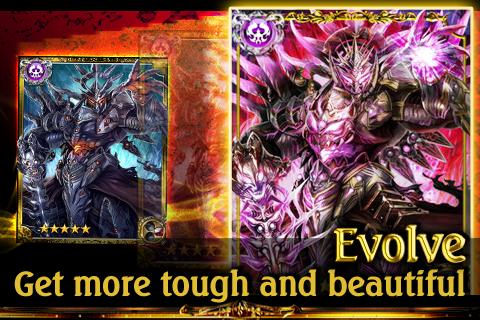 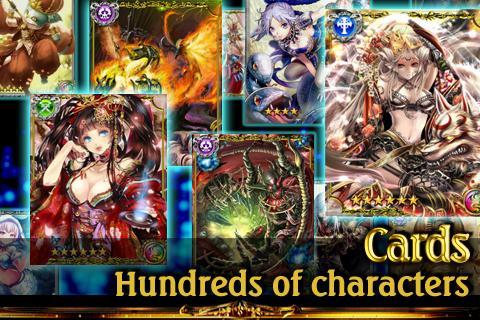 Since Deity Wars is on Mobage, you will be able to download and play this game for free. However there are in-game purchases available should you want to get a jump start in Deity Wars. These are, of course, completely optional and you can play the game without dropping a cent. Considering the popularity TCG titles seem to be gaining, you can be sure more are heading our way in the near future.