Gamevil has just released a sequel to one of their siege defense games called Arel Wars 2. Featuring the same style of siege defense combat mixed in with a storyline and RPG elements, Arel Wars 2 continues on where the first one ended, expect now you are facing a new evil.

You will be able to choose from one of three tribes to play as: Union, Buster and Deven. After picking which one you want to play as, you will be diving right into the game battling it out against the newly risen evil. Just like in the original Arel Wars, this new one features multiple paths your units can take to meet head on against your enemies. 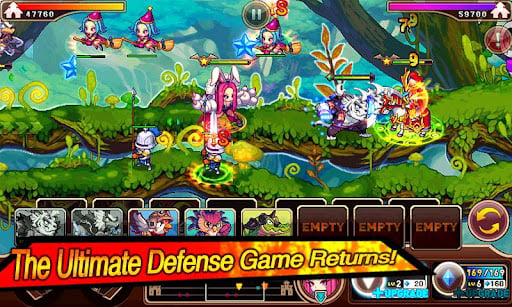 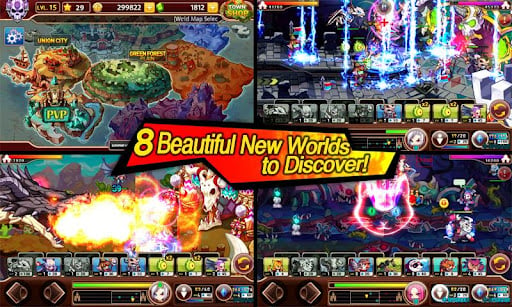 – THREE NEW CLASSES WITH UNIQUE HEROES AND COMMANDERS: Choose from Union, Buster or Deven and control your Heroes while launching waves of unit attacks!
– ENDLESS UNIT COMBINATIONS: Stock up on a wide variety of units, then upgrade them or combine them to create crazy warriors!
– CASTLE UPGRADE SYSTEM: Fortify your stronghold as you upgrade and level up your unique castle.
– CHALLENGE MISSIONS: Clearing a stage isn’t enough! Accomplish Challenge Missions for gold and awards!
– INTENSE PVP WITH SECRET ITEMS: Challenge other players in PvP as you rise in the ranks! Collect special items and level up!
– 8 BEAUTIFUL NEW WORLDS TO DISCOVER: Featuring 8 different worlds, each with 15 stages and backgrounds

There are a ton of different combination of unit type you can use in each battle, each one having their own upgrades. You can also combine units to make even more powerful ones instead. If you blaze through the single-player gameplay, there is also PvP so you can go up against your friends as well. 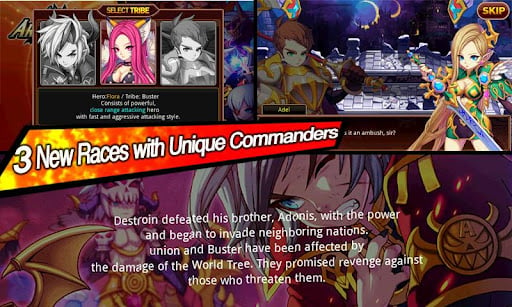 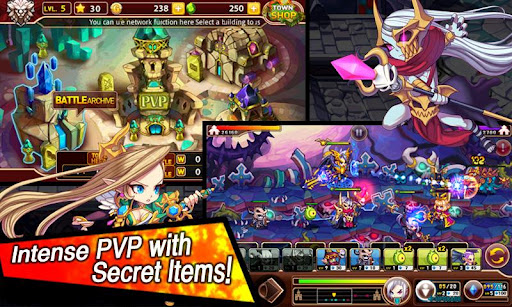 Just like all the other recent releases from Gamevil, Arel Wars 2 is available for free off of the Google Play store and feature optional in-game purchases which you really don’t need unless you feel like having an edge against your opponents sooner rather than later.