Yesterday we talked about a game where you had to take down waves of roasted chickens attacking you. Today we get to talk about being a hamster and not just any hamster but a daredevil one. Developed by Red Rocket Games, Hank Hazard: The Stunt Hamster will have you doing all kinds of stunts.

You will play as Hank Hazard, a stunt hamster inside a plastic ball, with the goal of getting him to the exit of each level. This is accomplished by using the various gadgets and tools in each stage to move him around until you successfully get him to the exit. 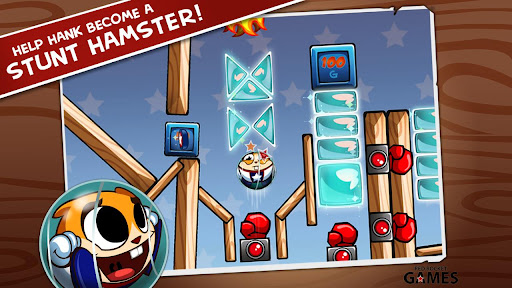 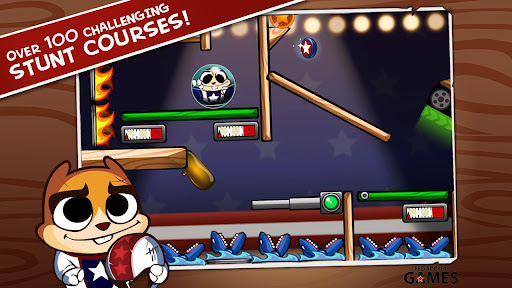 Any good physics-based puzzle game has a lot of levels the moment it is released onto the market and this is no exception to that rule. Hank Hazard comes with over 100 levels right off the jump which includes 18 bonus levels that you can unlock by collecting hidden gold stars throughout the normal levels. 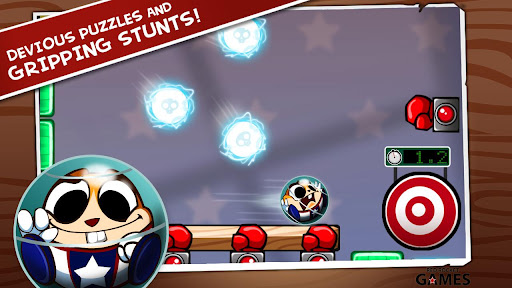 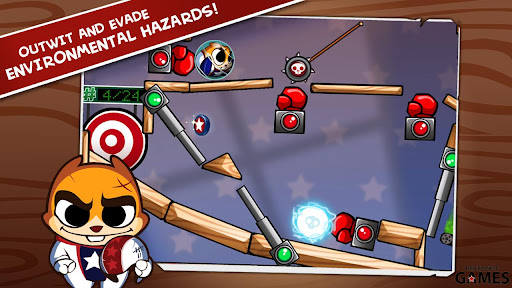 So if you are up for trying out a new physics-based puzzle game today, you might want to give this one a whirl. You can download Hank Hazard: The Stunt Hamster off of the Google Play store for free and it is supported through an optional one-time in-game purchase of Hanks Knapsack.