Back a little over a month ago Ubisoft released Babel Rising 3D onto Android which was a revamped and expanded remake of the original Babel Rising game that was developed and released by White Bird Productions onto Google Play. Now Ubisoft has released a free-to-play version of the game for all you potential naughty gods to download.

For those of you unfamiliar with Babel Rising 3D, in this game you play as a god who is generally a nice god. However the humans of the world have decided to built a tower in order to reach the heavens, something that you can not allow to happen. Therefor you put on your naughty god hat and begin to smite them, through the use of various elemental based attacks, in order to stop them from succeeding with their tower. 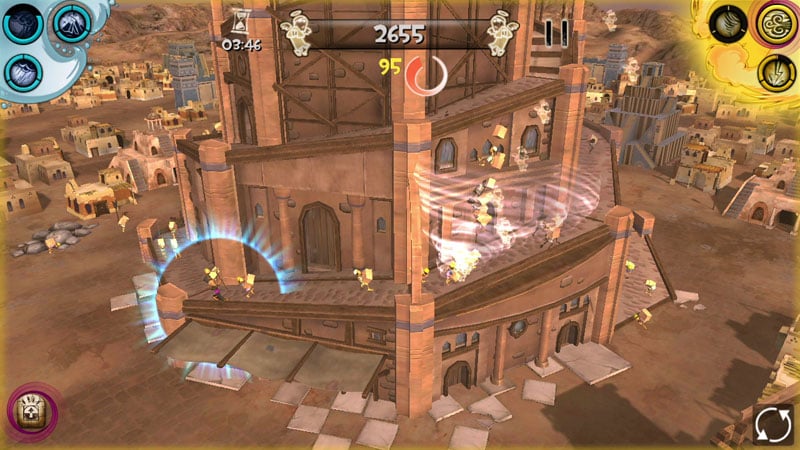 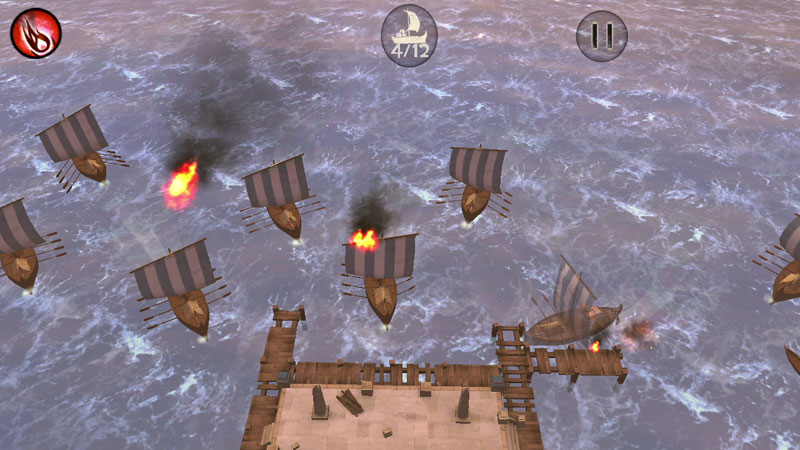 The humans are not without some abilities of their own and you will have to use the appropriate powers at times in order to get around their defenses. Things like vase’s that protect certain areas of the tower from certain elemental attacks, ships bringing in supplies faster and even siege towers to help build the tower higher much faster are all issues you will have to contend with.

The premium version, which costs $4.99, will remain available on Google Play but for those of you who don’t want to drop the $4.99 without trying the game, or prefer free-to-play games with in-game purchases, the new free edition of Babel Rising 3D is also now available on Google Play as well as our Google Play synced catalog. You can tell the difference between each version because the free one has a ‘!’ at the end of the name, plus it’s free. 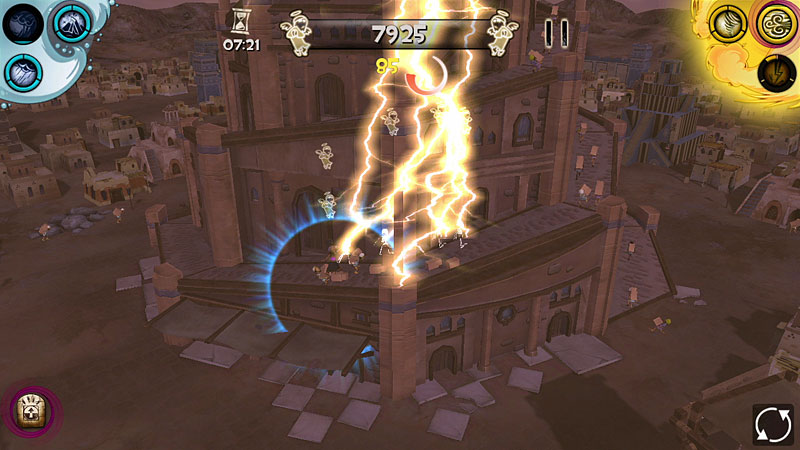 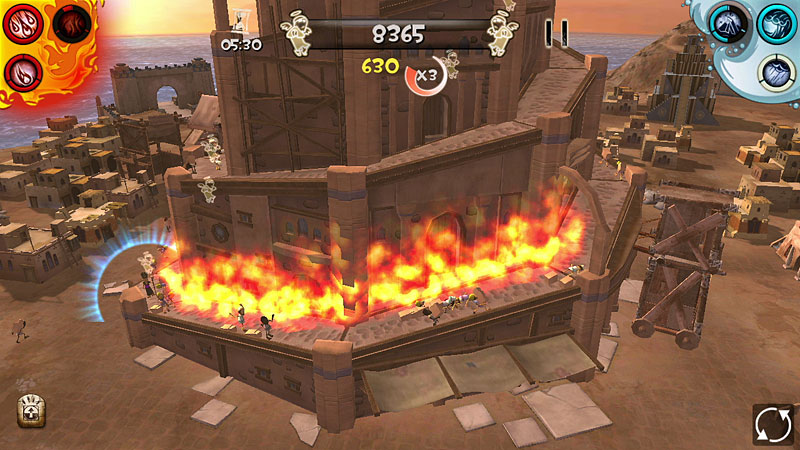 Lastly, Ubisoft has given us some hints about what will be coming in updates that are slated to be pushed out over the next few weeks to both versions. We can expect new passive powers, new parchments, challenges to achieve, new game modes and ‘other surprises’. We will update everyone when we have more information about the content of these updates.

London, England – July 27, 2012 –Advanced Mobile Applications, in partnership with Ubisoft, is pleased to announce the release of the Free-to-Play version of Babel Rising 3D for Android™. Focused on bringing high quality titles to everyone, AMA offers the first free Babel Rising game since the beginning of the franchise.

Babel Rising 3D Free-to-Play version will now offer access to all the social benefits of Papaya’s community to the players. After a month of being the only God, the epic battle to become the most vengeful one begins with your friends and enemies.

Developed by Mando Production, Babel Rising 3D will remain available in its premium version. Thus, its users still benefit from their exclusive access to more unlocked content and no advertising.

In Babel Rising 3D, you must prevent the Babylonians from building the famous tower of Babel. Play as God and unleash your divine powers on these arrogant humans. Use your apocalyptic arsenal – summon bolts of lightning, massive earthquakes, meteor showers or vengeful floods – to resist to the numerous waves of miscreant builders.

There will be no mercy!