Glu recently released the continuous driving game Mutant Roadkill not so long ago. Well they have come back with yet another mutant/zombie car driving killing game, and it seems they want to make a stand by combining two fairly familiar genres in Gears & Guts. As always, you’ll find plenty of action in the game, as well as a big bunch of ads for in-game purchases.

In Gears & Guts, you must get rid of hordes of zombies by playing missions located in a vast 3D city. To do that, you’ll have to rely on your big arsenal of vehicles, and pump them up with the weapons you find throughout the game. As you progress further, you find yourself leveling up to get a more resistant, damage-dealing ride as well as better chainsaws or bumpers to make madness go further. 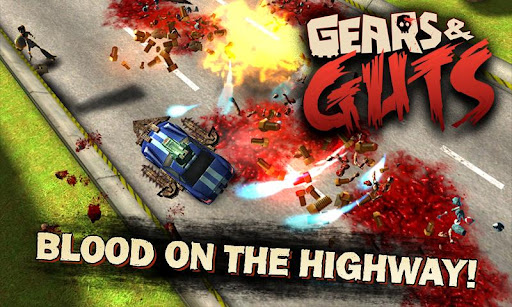 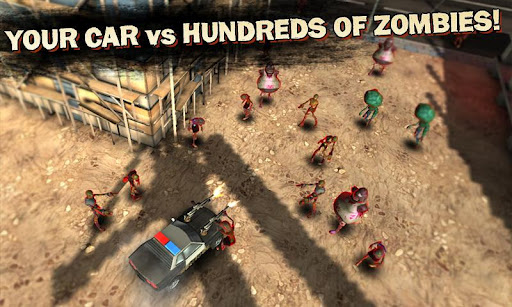 One really nice aspect of this game is that it uses some of the old gameplay you used to like so much about Gun Bros or Star Blitz with cars, so you have a huge map to explore (whenever you’re not being told where to go) while you make asphalt soup out of your foes. You can use touch or tilt controls scheme as well.

You should probably have a nice high-end device to play this one, since it weighs in at a 360MB download and you can even find some small frame-rate drops or stutters here and there. Other than that, we’re in front of a fully eye-candied game with some nice rocking tracks to go with. 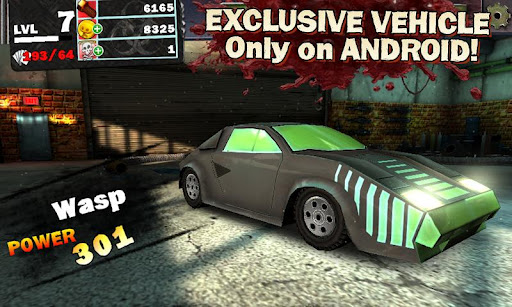 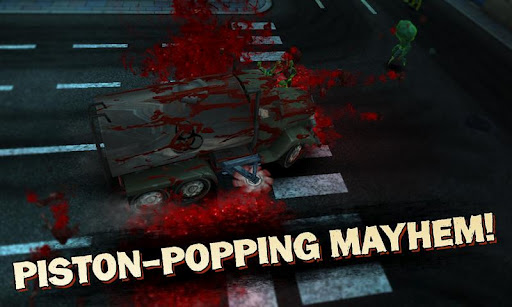 Now, just like any other Glu games, there’s a somewhat expected annoyance in the form of Ads and In-App Purchases. Not just that, this time it seems to get a little worse. Most of the cars and nice weapons in the game must be obtained by getting Glu coins, which all of us know are close to impossible to get if not through buying them. There’s also full screen ads every time you finish a mission telling you to check out some more games. It seems to be less if you play it offline, but it’s still annoying to have to deal with pushy advertising. The secondary currency which is ‘Bolts’ is pretty easy to come by as you go further in the game, but has only a few uses like upgrading your weapons (by using scrap made by destroying some of your equipment).

So there you have it, another freemium game from Glu waiting for you to take a look at. Even with the annoying ads in this game, we will admit that it is a pretty solid game and worth taking a look at. You can get right into running over zombies by grabbing yourself a copy off of the Google Play store for free.