Last week we mentioned that Full Fat Games, developer of all the ‘Flick’ sports games, would be making the switch to the free-to-play business model and that the first title would be Agent Dash. Now you can dress up in a tux and be like James Bond in this new continuous running game.

Much like Temple Run but with a more cartoon feel to the visuals and more variety in the environments, you’ll be playing as Agent Dash who is running like crazy, endlessly, or until you at least steer him in the wrong direction that is. The animation in Agent Dash seems a bit smoother as well which could be from the cartoon style graphics instead of the straight 3D ones found in most continuous running games. 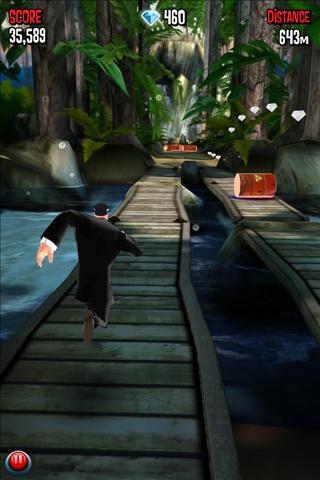 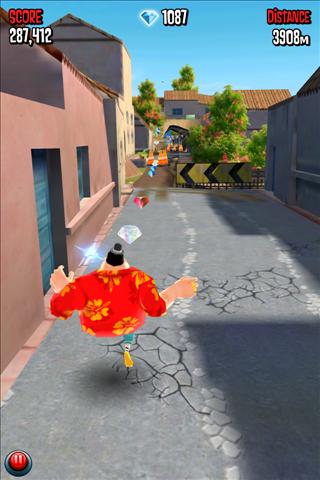 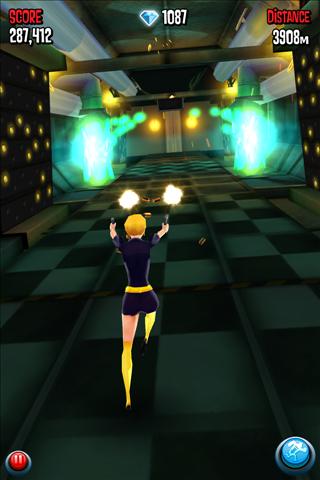 Power-ups come in the form of special spy gadget that you can use to help yourself stay ahead of your enemies. You’ll be able to also destroy enemy buildings and run from the crumbling debris as it falls to the ground.

Since this is Full Fat Games’ first free-to-play title, you can grab a copy of it and start playing for free. There are optional in-game purchase similar to that of Temple Run as well should you not want to earn your money through playing the game.