The first Transformers game will be a TCG title featuring over 200 Generation 1 Transformers that will be re-imaged for a bit more of a modern look to them, art-wise anyways. Players will be completing missions and earning new cards along the way. You will be able to choose if you want to play as the Autobots or the Decepticons and recruit new Transformers (as in cards) throughout the game. Multiplayer will be included in this title as well where you can battle it out in PvP combat. 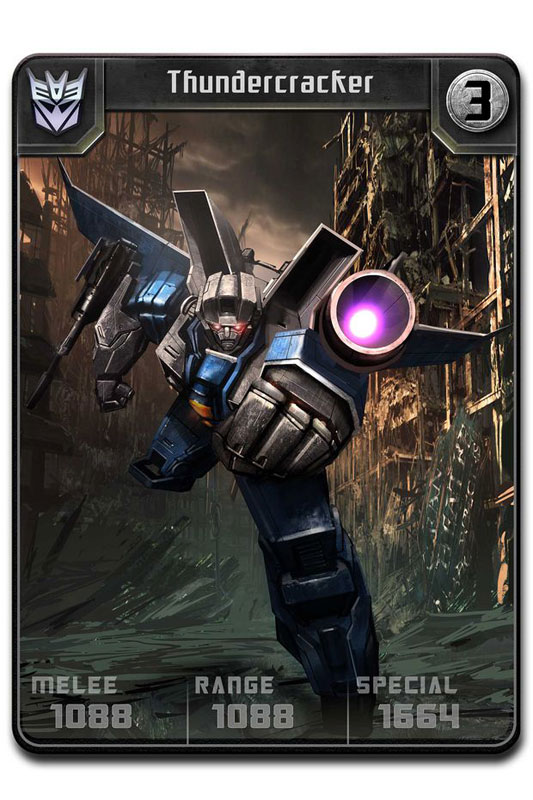 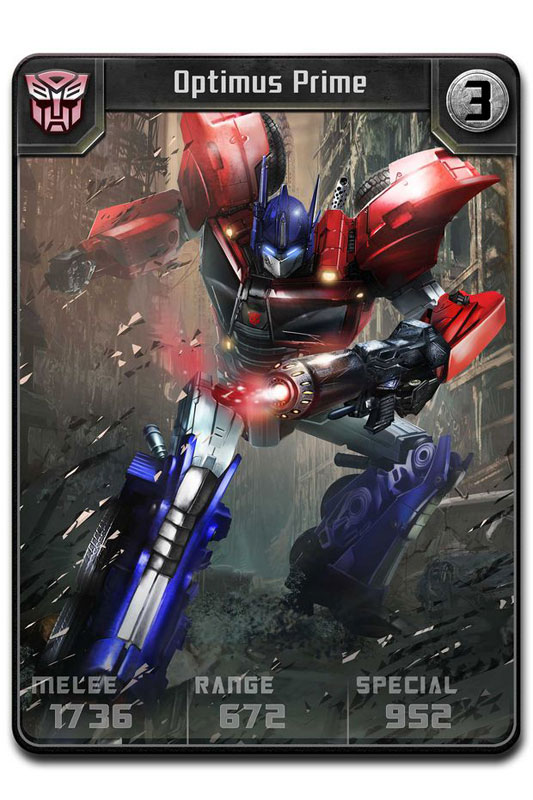 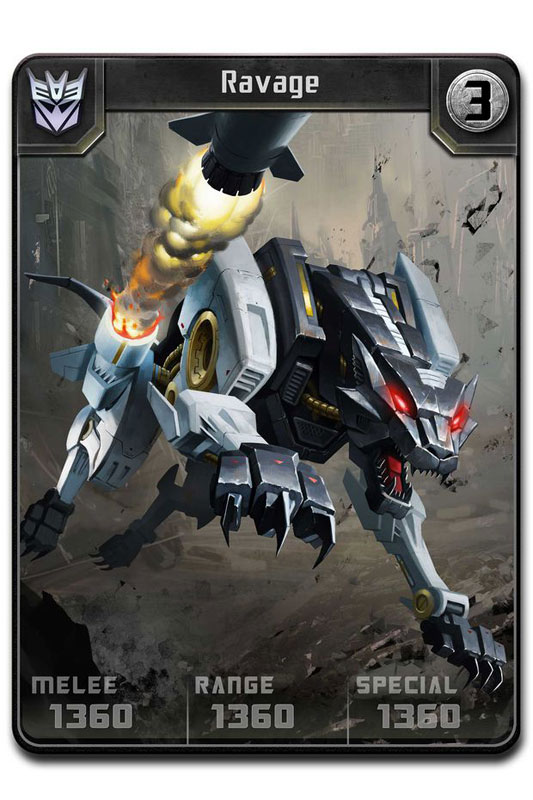 – Defend or Mine the World: Play both sides as the defenders of the earth in the Autobot campaign or with the Decepticons looking to mine earth of Energons.
– Explore New Lands: Discover new missions and receive rewards such as credits, cards, friend battles or a shot at the Lucky Chance game.
– An Army of Cards: Hundreds of Transformers and Decepticons are available to fill the deck.  There are two types of cards, weapons and Transformers, which pair up in creative combinations to prepare for battle. Each type of card has common, uncommon, rare and super rare cards in a set.
– Fusion: Players who save up material and currency can then fuse cards to create stronger base cards to battle with.
– Battle Your Friends and Foes: Players fill their deck with the best possible cards and Transformer/weapon combination of melee, ranged and speed attacks then battle in 3 vs 3 fights.
– New Transformers Every Day: Have a chance to gain a new Transformer from Cybertron each day with by opening the Space Bridge to see which Transformers arrive
– World Events: The action is always exciting with regular events that give a chance to win Transformers only available for a limited time.

As of right now, this new Transformers TCG for mobile, officially named Transformers Battle, is slated for release on both iOS and Android platforms in “Fall 2012”. Since this will be released by ngmoco, it will be using their Mobage social gaming platform and will be available for download for free.