Sega has started a back to school sale and while iOS users see more of a benefit than Android gamers do, since more games are discounted on iOS, you can still nab a couple of games for at fairly decent discounted price. Both Sonic CD and Sonic 4: Episode II are now on sale for a limited time. There is also a twist to this sale that might interest some of you out there.

First of all, you can grab both games for two dollars off their regular price right now off of the Google Play store. Sonic CD is sitting at $2.99 instead of $4.99 while Sonic 4: Episode II can be nabbed for $4.99 instead of $6.99. Not too shabby of a deal really. 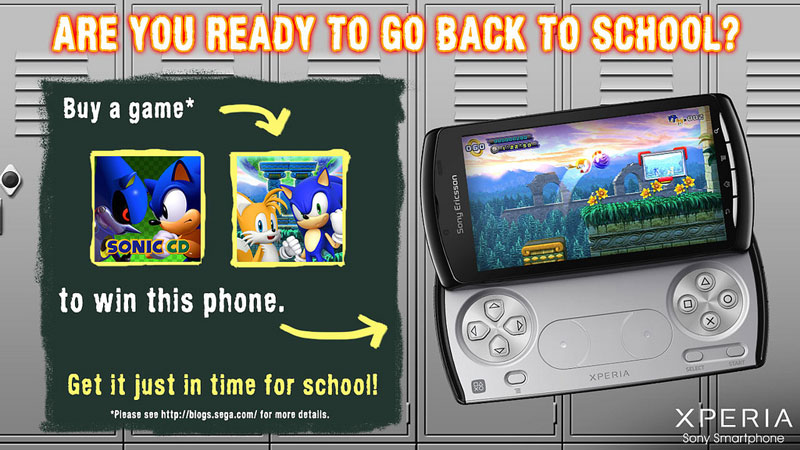 Now on to the twist Sega has added to this sale. For anyone who spending $4.95 or more during the sale, and sends the receipt over to Sega, you will be entered in to a drawing for a chance to win an Xperia Play. All of the details for the giveaway can be found over on the official Xperia Play giveaway post on the Sega blog. Sale ends August 20th, 2012 so you do have a few days to get in on the action.