A new indie development studio has released their first game onto Android called Cube Defender. Developed by Park Posse Games, this little dual-stick action shooter blends a little of the old with a little of the new to create a pretty interesting looking game.

Cube Defender is a dual-joystick arcade shooter which comes with some pretty interesting visuals. While the battlefield is a 3D wire frame looking area that you used to see in older games, the actually enemies, and you as well, are more modern 3D visuals but simple and not over done. 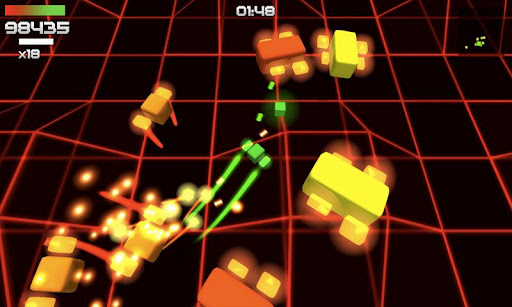 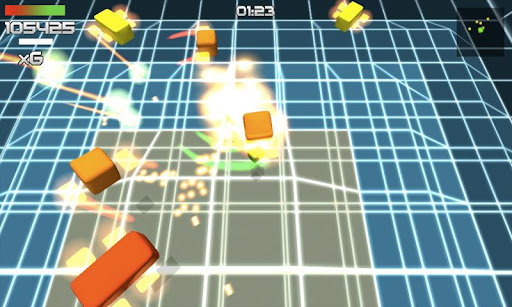 Cool visuals aside, Cube Defender comes with five different gameplay modes which brings in elements from other gaming genres into the title such as survival mode and King of the Hill where you will only score points for the kills you make while on top of your hill. Other game modes include:

– Invasion: Transport ships are trying to colonize the area – repel the invaders.
– Downpour: Survive as long as possible against a barrage of gunships raining down from orbit.
– Gauntlet: Fight your way through tightly packed forces to escape as quick as you can.
– Countdown: Survive long enough to charge the smart-bomb which will destroy all enemies.

For those of you who don’t have high-end Android devices, Cube Defender comes with scalable graphics quality settings as well as adjustable setting for in-game effects. That way if you happen to have a slower or older Android device, you can still play this game. You can test out Cube Defender for free or buy the full version for $1.99.