FarSight Studios has opened up another Kickstarter campaign in order to bring the Star Trek: The Next Generation pinball table to their pinball platform which is available on numerous gaming platforms including Android. Recently they had a successful campaign to bring the Twilight Zone table over and the extra money that campaign raised is being put towards this one.

The entire costs is mostly the licensing for these tables which usually runs at least $50,000 or higher. The Twilight Zone campaign raised an extra $15,000 which FarSight is putting towards the licensing of the Star Trek table, so the goal for this campaign is a bit lower, set at $45,000. 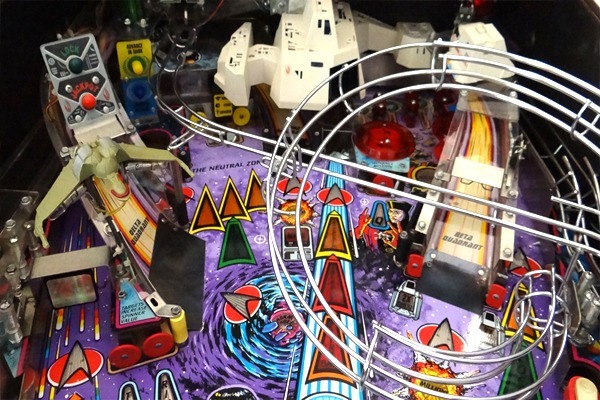 For those of you new to Pinball Arcade, this is FarSight Studios’ pinball platform which offers up extra remakes of actual pinball tables from the past, but in digital form so you can play them either on your console of choice your Android devices. It is about as real as pinball can get on a mobile device. Zen Pinball focuses of original made tables with themes from comics books or other media while FarSight’s Pinball Arcade focuses on actual machines that exist.

If you like pinball, this is one of the two platform you should probably have on your Android devices, the other being the above mentioned Zen Pinball from Zen Studios. Both are available for free off of Google Play and tables can be purchased within the game.

Thanks to Adam C. for the tip!