One of the two Shadowrun games that are coming our way soon, both having had successful Kickstarter campaigns, is Shadowrun Returns. This particular game will be more of a single-player title, although co-op play will more than likely arrive when it is launched, while Shadowrun Online is a straight up MMORPG.

Thanks to Shadowrun Returns successful Kickstarter campaign, this game will be coming to a plethora of platforms including Android tablets. Now we can start sinking our teeth into the game as we watch it getting developed thanks to a piece of concept art Harebrained Schemes has released. 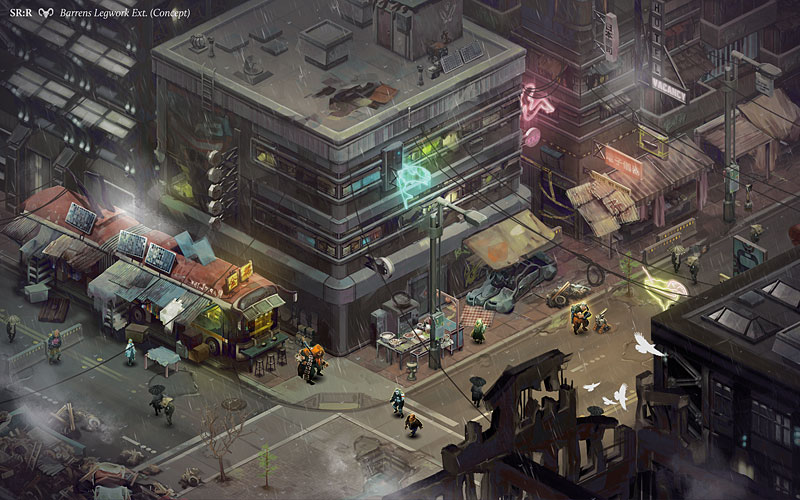 While this is concept art – not a screenshot – it’s representative of the fidelity and art style we’re shooting for. – Harerbrained Schemes

While this is concept art and the look could change a bit, or completely for that matter, there is a distinctive cartoon flair to the visuals, especially the characters. How this will translate into actual game graphics will be interesting to see, whether they keep on this path with the characters being cartoon style, sort of like an overhead view of a Team Fortress 2 character, or they decide to switch it up and go more 3D like Shadowrun Online is going.