Itatake brings the Pebble Universe in all its glory to Android

Back over on the fruit OS, Pebble Universe has a fairly good following. Developed by Itatake, Pebble Universe is now available over on the Google Play store for Android gamers to enjoy now as well. So what is this game about? Well it is a physics-based puzzle game where you will need to save the pebbles.

Instead of flinging birds or other various small woodland creatures, in this game you have to roll the pebbles. When two of them roll into each other they explode, shooting stone fragments upwards into the air. These stone fragments will, hopefully, hit your enemies and destroy them. Once all of your enemies are gone, you move onto the next level. You only have a certain amount of pebbles per stage though and timing is pretty critical in this game. 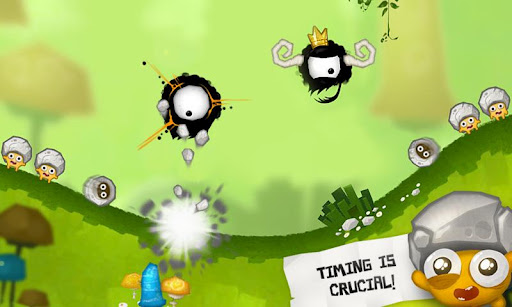 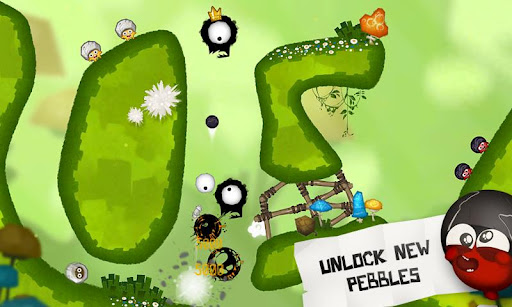 Each stage has a bronze, silver and gold rating system depending on how you do. They also have medals that you can earn by doing well in each stage and also by doing certain things such as killing all the other monsters in a particular stage before killing the prince monster. There are also different kinds of pebbles to unlock which have different effects when they run into each other.

Pebble Universe definitely falls under the realm of a rather unique and, at times, very challenging physics-based puzzle game. For those of you looking for something a little different to kill some time with, Pebble Universe is available off of the Google Play store for free. It comes with one world right away with others available through in-game purchases.