Just like the continuous string of OUYA news you can expect over the next little while, you can be sure that there will be plenty of Playstation Mobile news to read up on as well as more games are confirmed for Sony’s new service. Today we can confirm that Positron will be arriving on Playstation Mobile for both PS Vita and Android Playstation Certified devices.

Developed by Retroburn Games Studio, Positron is a Tron inspired light cycle racing game originally slated for Xbox and PC but will now also be coming to Android Playstation Certified devices thanks to Playstation Mobile. As you make expect from a Tron inspired game, you will be racing on light cycles through tracks made up of Tron style grid visuals with all the glowy lines you can handle. Tracks are outlines by cubes of different sizes and everything has a nice gloss finish to it. 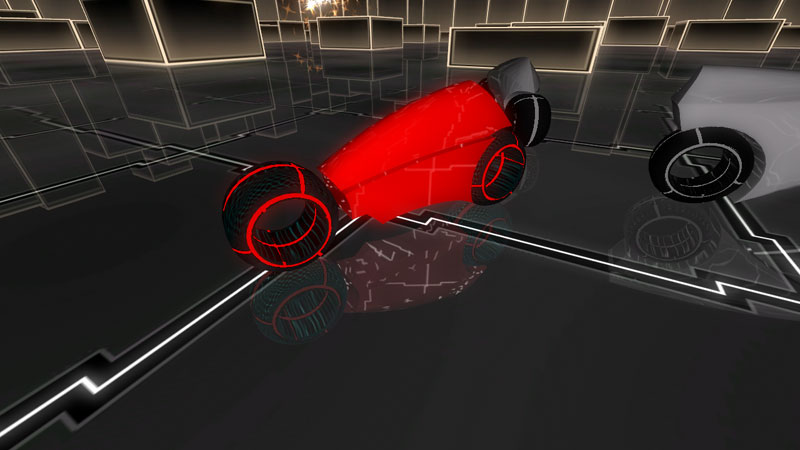 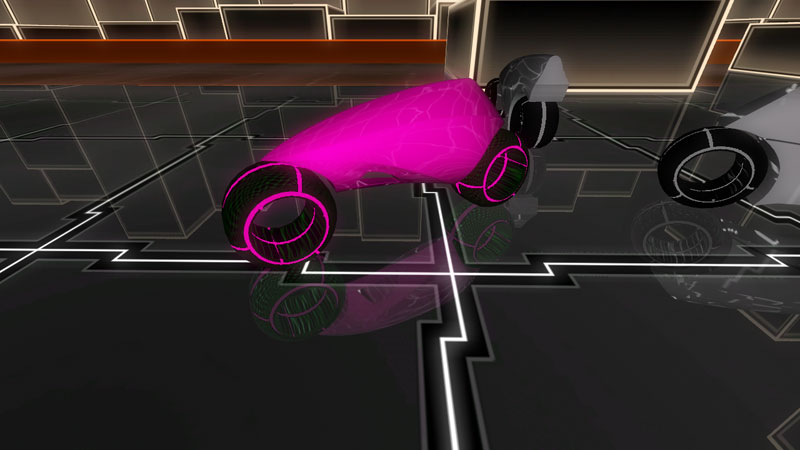 The game sports open environments although we are not exactly sure just yet how that is incorporated into this game. Details are still pretty sparse right now about Positron but the official site does state advanced game modes, three of them in fact, all of which is described below:

Arena
Based on the classic Arcade games this mode sees you battling against enemy vehicles that are trying to destroy you by forcing you to crash in to their trails or in to the arena’s walls. It is your goal to do the same to these enemies and remove them from the arena. Featuring 12 unique arena designs and layouts the levels progressively get more intricate and more difficult to navigate while also offering more opportunities to take out your enemies.

Maze
Your only goal in maze mode is to reach the end of an intricate maze laid out in the arena. There are no enemies to deal with and your only goal is to reach the exit as quickly as possible. Once you have memorized the path to the exit it is then your goal to complete the maze without crashing even a single time and to share your fastest times with the online community. The maze mode offers 3 difficulty levels, each featuring 12 levels with increasingly complicated mazes to complete.

Race
Somewhat similar to maze mode, in race mode you must complete laps of a circuit laid out in the arena. The trick is however to avoid hitting your own trail (and the arena walls) on subsequent laps of the tracks! This mode features 12 levels of increasing complexity making navigation more difficult as you progress. Ultimately your goal is to complete the required number of laps as quickly as possible and share your fastest times with the online community.

Xbox development footage, Android game will be the same

Positron is slated to arrive on all Playstation Certified Android devices when it launches. Unfortunately we do not know the exact date as to when that will be, or pricing for that matter, but the game looks pretty promising, even visually.