If you are into continuous running games but happen to be looking for something a little different, developers going by the name of Tvee have released a side-scrolling one called Escape From Rikon. Featuring a more cartoon style of visuals, this game is pretty much what you expect it to be, just in side-scrolling format.

Instead of the usual over-the-shoulder point of view most of the continuous running games worth their salt use, this particular one is a side-scroller where you can jump and slide over and under obstacles. Themed a lot like Temple Run with the whole jungle atmosphere, there are also power-ups you can by from the coins you collect from each run you do in the game. 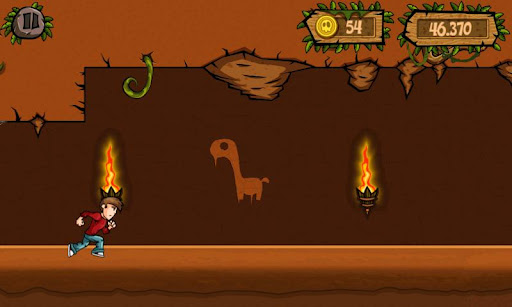 The controls are pretty straightforward as well, tapping on the left side of the screen will make your character jump while tapping on the right will make him slide. There are the usual sharing features as well whenever you get a new best score, sharing it with friends on Facebook.

If you’re up for something a little different in this genre, you might want to check Escape from Rikon out. It is available for free off of the Google Play store.