Vivid Games is more known for some of their movie-based games on Android but today sees the release of something a little different from these developers. Called Neon Blitz, this is a puzzle game which takes some influence from Burn The Rope but switches it up into a time-based race against the clock puzzle game.

Neon Blitz is a fairly straightforward puzzle game to play that gets challenging pretty quickly. The premise of the game is simply, trace the neon sign that isn’t lit up as fast as you can, as accurately as possible, before time runs out. As you trace the neon sign with your finger, it will light up for each section you complete. Complete as many signs as you can in a minute in order to get the highest score possible. You will have power-ups to help you out along the way. 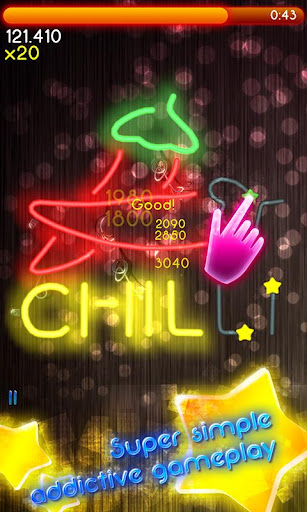 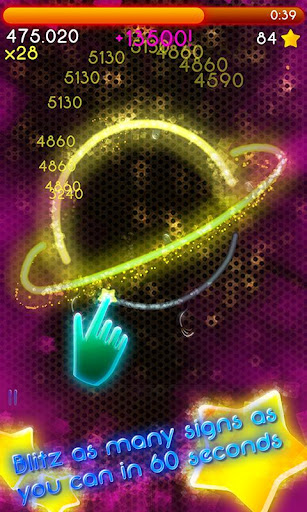 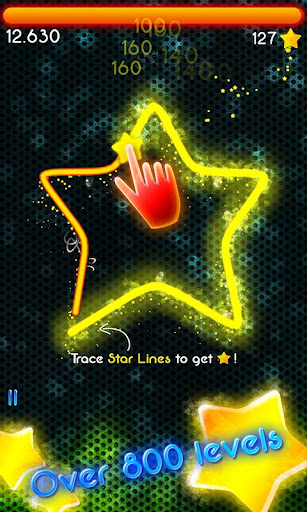 As you may have read in the features list above, and probably thought it was a typo, Neon Blitz comes with a staggering amount of levels, over 800 of them. You will be able to challenge friends on Facebook to see if they can beat your high score or you can just participate in weekly contests and challenges. If you don’t like the soundtrack of the game, you can listen to your own music while playing instead.

Neon Blitz is definitely a quick hit game since each round only lasts a minute. You can play this pretty much whenever you have a spare minute to kill. For those of you interested, you can grab a copy of Neon Blitz off of the Google Play store for free.

Thanks to Artem for the tip!