Appropriately named Persona 4 The Card Battle, this new TCG will feature over 400 different cards which you can draw from as you new role as a Card Master. All of the cards will be themed from the entire Persona universe which you will use to battle it out with other players as well as computer controlled opponents. 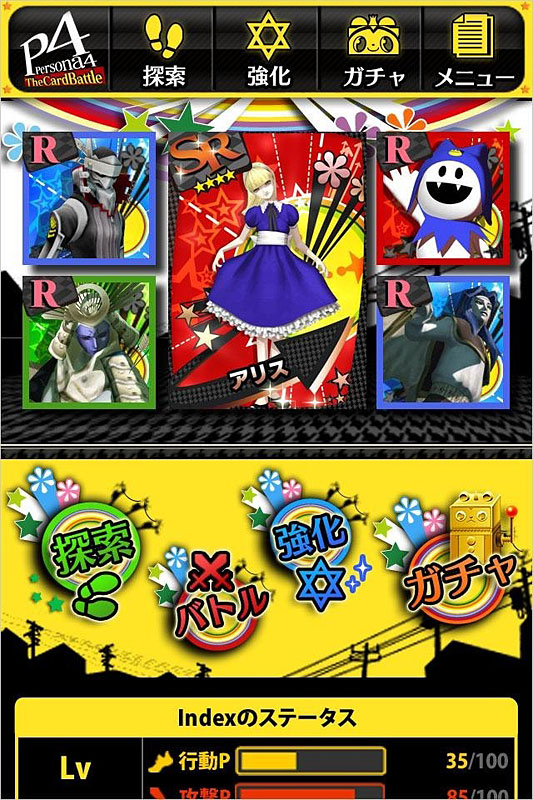 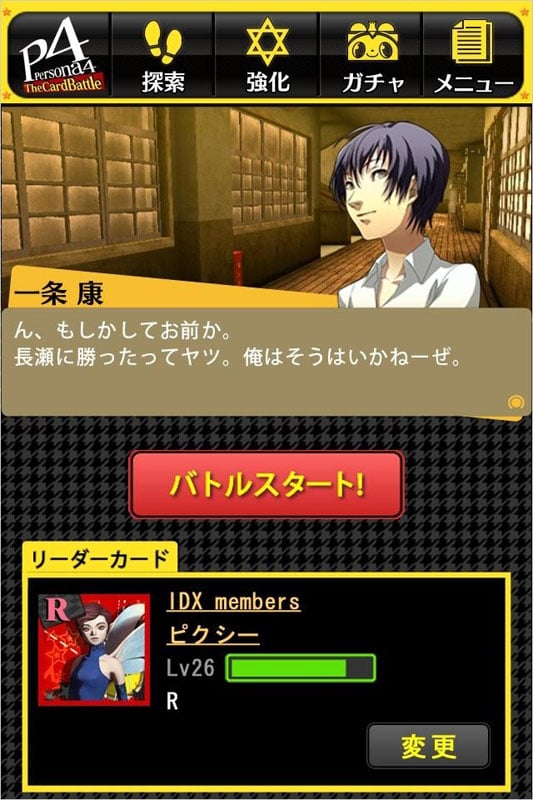 Atlus isn’t deviating from the successful elements found in the currently available social card battle games meaning you will be able to team up with other players to defeat tougher bosses. There will also be features such as upgrading cards, power-ups and pretty much everything else you would expect from a TCG.

If you are interested in getting in on the action as soon as the game is released, there is a pre-registration available already with Persona 4 The Card Battle slated for release in late September. As with a lot of these games lately, it will be using GREE’s social gaming platform for the social elements. Right now there isn’t any solid information if this game will get released worldwide or only in Japan although considering GREE is making their worldwide push with their platform right now, there is a good chance it will be.