Playing Zen Bound 2, the new puzzler from developer Secret Exit, is a wonderful example of how a game is not always a game. Not really. Sometimes these funny things we talk about are really just activities, things to do while we lay or sit around the house. If we’re lucky these titles we buy and download become something more than just a series of button pushes. If we’re really lucky they lead us to a familiar place or wonderful new area. Zen Bound 2 really does more for me than many games that are much more, well, game-like.

I’ve been a fan of repetitive gaming. I used to watch my friends as they played through Nintendo games for hours and hours, sometimes literally throwing a fit — and the controller — because of the frustration. They would calm down and try again. And again. It was like watching a lab rat get shocked over and over because they wanted a treat so badly. To me, that type of gaming was more like a job.

A game like Zen Bound 2 is more than a bit mysterious. This is especially true if you are like me and do not look up answers, lore or walkthroughs most of the time. I prefer to grab a title and see where it takes me. If the game is intuitive enough or provides me with significant enjoyment then I will continue to play it, possibly a lot. If not I will simply drop it, uninstall it or throw it away. Although I write about games for a living, I do not like to work while gaming. 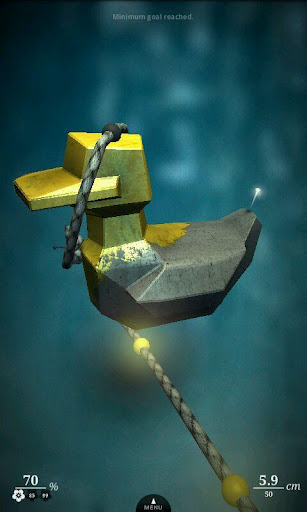 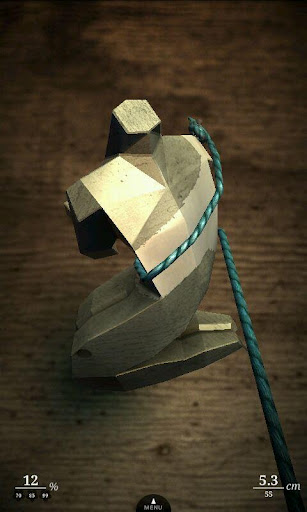 Zen Bound 2 is a puzzle game that presents players with a series of differently shaped blocks of wood or stone. The goal is to wrap a piece of twine around the block, leaving behind a trail of color. Hopefully the player can cover the item in color while also keeping the twine as short as possible. Often I found myself wrapping twine around just to feel the little carving spin in my hands. Of course I couldn’t really feel it, but on the perfectly-sized Nexus 7 I could swear that I could feel the shape as I spun it in order to wrap it with string. The lighting and textures are that realistic, or they are sufficiently realistic enough so that I was sucked in to the rather mundane activity.

Have you ever found yourself staring off into space only to suddenly remember that your friend was talking to you? Much of the time that temporary moment of bliss was brought on by fatigue. Sometimes, though, it must be a short trip into the moment, a tiny hypnotic event that we can never predict. Zen Bound 2 sort of feels like that. I was laying in my bed one night while playing the game and found myself questioning why in the heck I was enjoying myself. The truth was that I was not really “enjoying” myself. I wasn’t really experiencing anything. I spun the objects, wrapped the twine and raised my score. I didn’t really care if I won anything or if I beat any record. The beauty of Zen Bound 2 is that there is almost no reason to play. That’s a perfect reason. 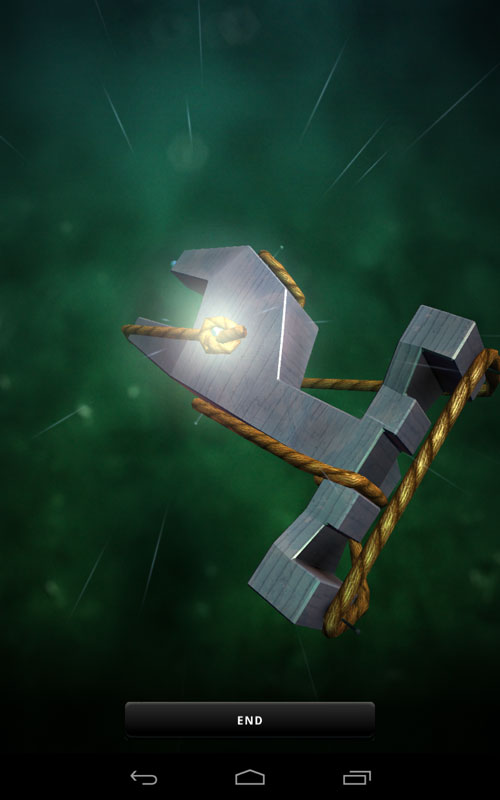 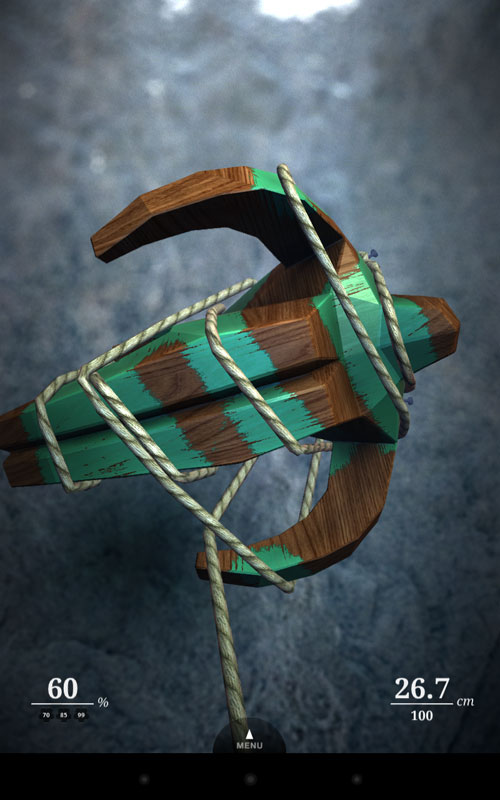 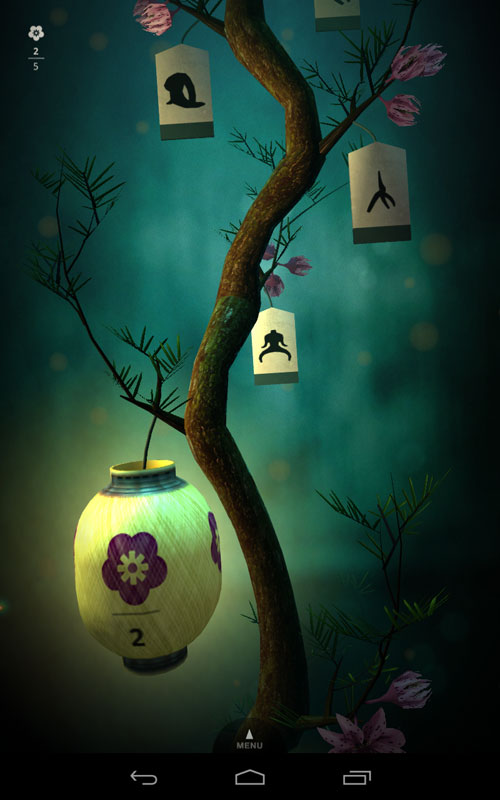 I am not up on the latest meditative terminology, but I do yoga. I can say that Zen Bound 2 almost brings on the same feelings that rush over someone as they finish up even a short session of yoga. It’s such a basic human emotion that it’s hard to describe. Yet most of us experience it possibly several times in a week.

Zen Bound 2 is a great game for playing here and there. If you try hard to beat your score or to figure out each puzzle I think you are sort of missing the point. Sure, there is a certain amount of clever gaming design behind the title, but I think the true wonder of the game is the fact that it is a slow, textural and familiar experience. Even if we have never experienced it before. We’ve all held a small statue in our hand at some point. We’ve all spun the string around a piece of cardboard or a stick after we finished flying a kite. These movements and simple activities don’t carry any emotion but they are embedded on our brain all the same.

I’m curious if a game like Zen Bound 2 would be beneficial to players who have had experiences with high stress or even with muscular control. The game responds much like a real object would. I used the same motions that I would if I had a small statue in one hand and some string in the other.

So, was Zen Bound 2 fun? Sort of, but I wouldn’t want to just tack that label on it. I’m not really comfortable even calling it a game. It’s more like a ball and cup or like folding a napkin while having coffee. It’s a tiny experience but one that will be felt for a while after the tablet is put down.