In this game you can build a castle and defend it against your enemy clan. As the story goes, the land was peaceful and happy until the king died and his son took over the throne. Now the Castle Clan is at war with the Battle Clan to see who will rule the kingdom. As we mentioned above, the entire world and everything in it is rendered in 3D visuals that sort of feel like you are on a themed Minecraft server. 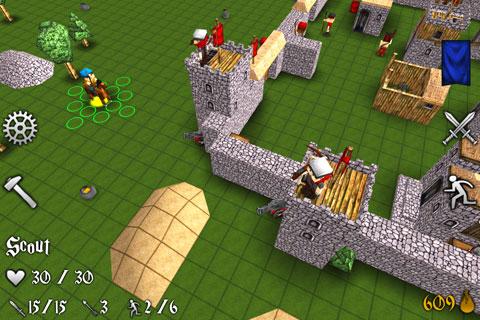 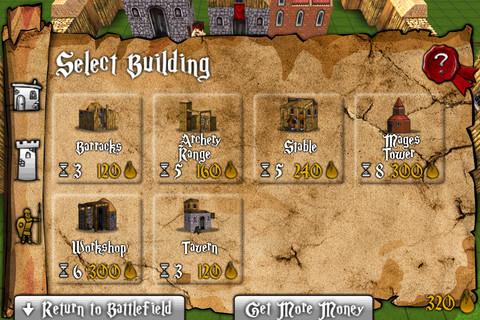 There is actually quite a lot of detail in this game in terms of gameplay mechanics. You will need to build up your castle and it’s defenses along with your army, having 20 different units to choose from. You also have 20 different building to construct to help with training new troops and researching new technology, resources to harvest, treasure to find, and pretty much everything else you would find in a solid strategy game of this nature.

Battles and Castles does have multiplayer although it is limited to two people playing on one device. This isn’t bad or anything but online multiplayer would be better of course. Some of the units need a bit of a re-balancing in terms of their effectiveness as well. Pretty much everything needed to make this game a hit is minor, nothing a little extra time put forth by the developers to polish it up wouldn’t cure.

As of right now, the paid version of Battles and Castles is sitting between 500-1000 downloads which isn’t bad for a game that was released on June 25th, 2012. A free demo version you can play to try the game out is also available while the full version will set you back $1.73. A little extra polish and Evil Indie Games could very well have a hit game on their hands. You can check the game out in action in the video above.

Thanks to Roger L. for the tip!