One of the game we mentioned awhile back that would be arriving for Tegra devices was a new game from Vector Unit called Beach Buggy Blitz. Well since then there hasn’t been a whole lot of information about the game until now. That is mainly because the game is now available for Tegra-based Android devices. 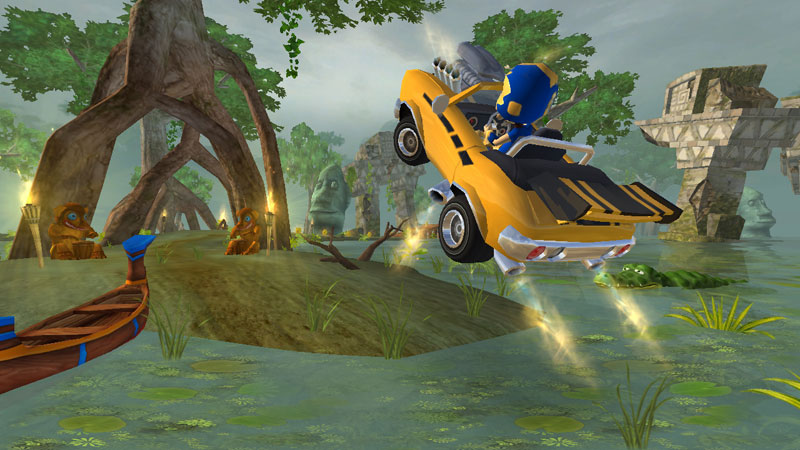 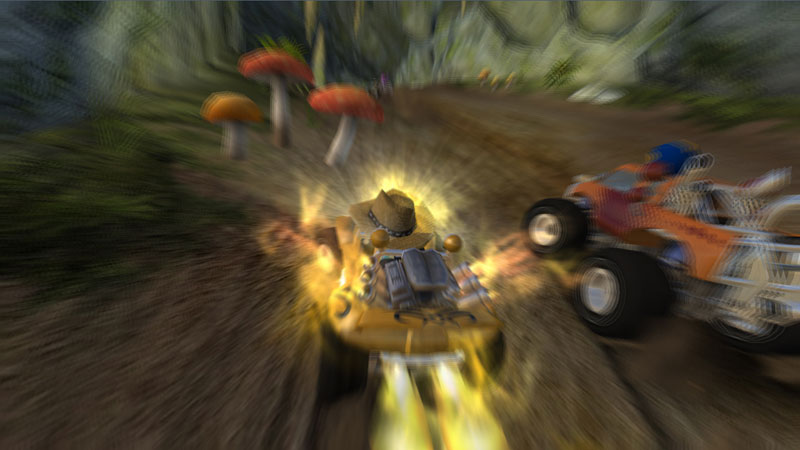 – “Infinite Drive” Environment: The procedurally generated environment means you can drive forever, and it never plays out the same way twice.
– Tons of Unlockable Content: Collect coins to unlock new cars and characters, upgrade your cars, custom paint your cars, unlock and upgrade new powerups, and purchase out of this world consumables like the rocket-powered Drop Ship.
– Totally Free to Play: You can unlock every single thing in the game without paying a dime. Or if you want to speed things up you can buy coins through the store.
– Optimized for Tegra 3: Tegra 3-exclusive features include motion blur, lens splash, dynamic headlights in caves, and real-time rendered car shadows. There are also special physics-heavy game setups (like the avalanches) available only on Tegra devices.

This is a continuous driving game where you will be driving for as long as possible. All the environments are procedurally generated so they will be different each time you make a run in the game. Since this is a buggy racing game, you’ll be able to power-slide and get massive air off jumps as well. You’ll also want to keep an eye out for secret areas, just saying. 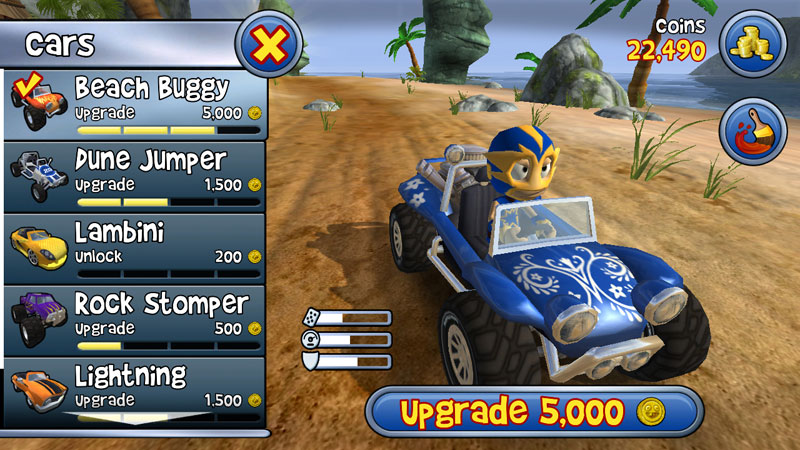 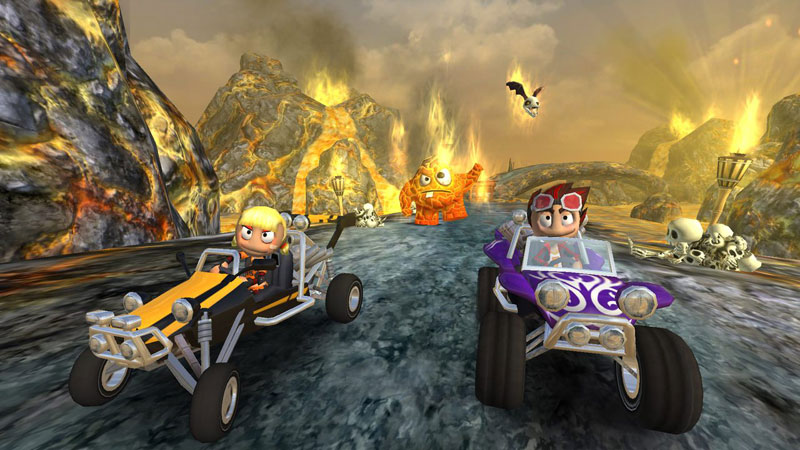 As you may have read in the above features list, Tegra 3 users will see a fair amount of extra visual effects. As of right now Beach Buggy Blitz is available for Tegra-based devices (both Tegra 2 and Tegra 3) as a free download from both Google Play and Tegra Zone. A version for non-Tegra based devices will most likely arrive not too far from now.