For those of you who don’t have enough TCG titles to play on your Android device, you’ll be happy to know that there is yet another brand new one available on the Google Play store called Demon Busters. Developed by Nubee, Demon Busters is a social RPG card game where you will be saving the world from demons and monsters.

Over the past six months we have seen a steady increase in TCG titles making an appearance on Android and mobile in general. It is an idea type of game for mobile gamers to play and it can be fairly profitable for the developers as well. This also means the quality of these games have been steadily improving. Demon Busters is your typical TCG in terms of theme and a lot of the features it comes with such as different classes of cards (rare, super rare etc etc) and cards that evolve into stronger ones. 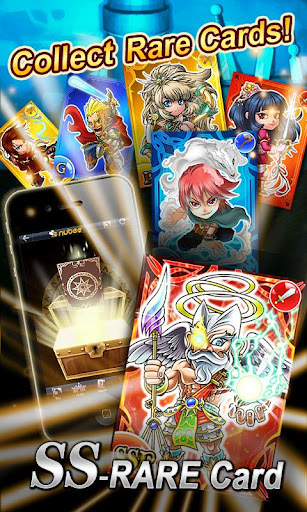 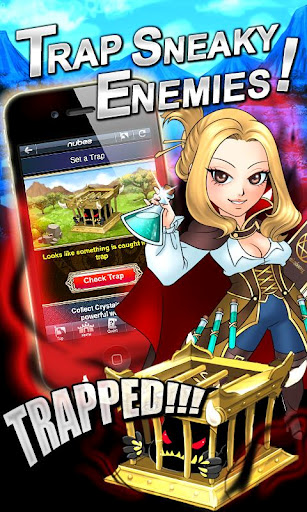 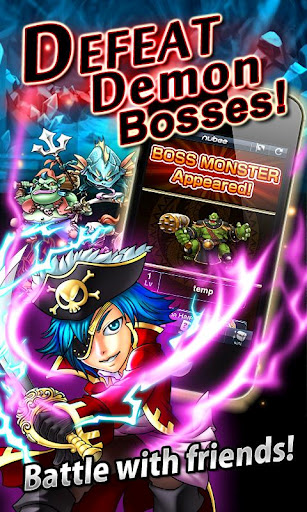 – Save the World from the Threat of Monsters and Demons: Your mission is to battle demons and save the World. Together, let’s fight and destroy Demons with unique Hunters!! Special encounter! Ally with your friends and defeat Demon Bosses.
– Form the Best Party: The evil power of the Demons is greater than you assume! Journey on quests and explore the realm to find new Hunters and Equipments to aid you in your fight!!
– GET Super Rare Hunter Cards from Gold Mimic: Encounter Mimics that drop Cursed Cards! GET Rare Cards by unlocking the Cursed Card!!!
– Place Traps to Capture Rare Monsters: Some monsters can be very nimble and escapes very quickly! Set deadly traps to catch rare monsters!!
– Create Stronger Equipments: To defeat Demon Bosses, you will need even stronger equipments! Explore the world and collect magical items for the Blacksmith to make stronger weapons and armor!
– Compete in the leaderboards: Winners from the leaderboards will win SUPER RARE cards!

This particular TCG is a bit more RPG centric then what you would find in other similar games. There are plenty of social aspects though such as teaming up with other players in order to defeat stronger bosses. One interesting feature to this game though is that there is essentially crafting. You can collect materials in order to make better weapons and armor.

So if you are looking for a new TCG to play or happen to just like play 50 of them at once, then you might want to check Demon Busters out. Like most TCG titles, you can download this game off of the Google Play store for free.