Last month we reported on a Kickstarter project started by a new company called PlayMG who are trying to get additional funding for the ‘first’ dedicated Android-based handheld gaming system which is geared towards more casual and freemium / free-to-play titles. Since it is geared towards these types of games, the hardware for the PlayMG was a bit on the lower end of the spectrum.

Regardless of that fact, Electronic Arts has decided that the PlayMG device, known as the MG, is good enough for them to get behind it. When the device launches, it will come with some of EA’s top titles pre-installed on the device such as Need for Speed: Hot Pursuit and NBA Jam. Even though the device is supposed to be geared towards more casual freemium or free-to-play games, it can be used to play any type of game that can run on the hardware.

For those of you who missed our last article, here is a recap of the hardware specs slated to come inside the MG: 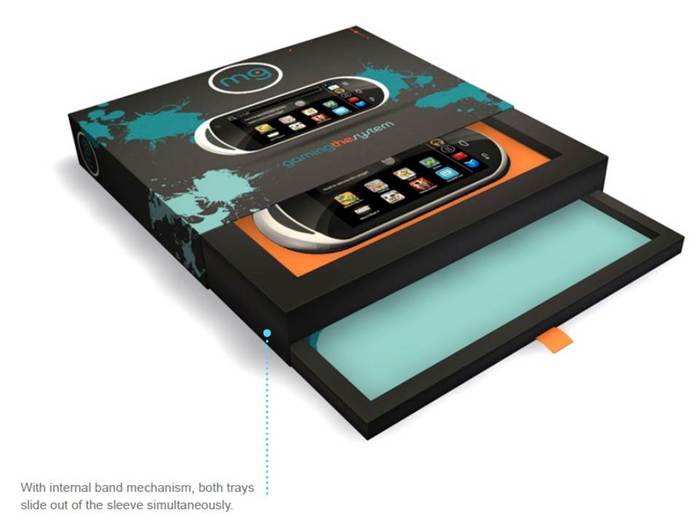 Also coming in the press release, which you can read below, is the suggested retail price of $169.00 for the MG, further making it a strange pick to dub as a dedicated gaming device when you can grab a Nexus 7 for $199. It will also come in a ‘cool’ box with two trays just because it can.

SAN DIEGO, CA–(Marketwire – Sep 10, 2012) – PlayMG™ Corp., a new startup comprised of electronics, game and social industry veterans who have come together to fuel the redesign of gaming™ and bring “more game” affordably into people’s lives, announces a partnership with EA Mobile™, a division of Electronic Arts Inc. (NASDAQ: EA), to bring $10 worth of top titles preloaded and ready to play on the MG™ — the first dedicated portable Wi-Fi gaming system for the Android market.

Iconic EA franchise titles Need for Speed™ Hot Pursuit and NBA JAM were chosen for their high-end gaming experience and their broad appeal to the 62 million US kids ages 5 to 18 years-old (according to US Census data) and many of their parents who played these hit games growing up. Free to the MG owner as an added value, the EA Mobile titles deliver on PlayMG’s promise to provide the MG with quality games preloaded.

With a competitive suggested retail price of $169.00, the preloads of Need for Speed Hot Pursuit and NBA JAM make the MG an even greater value. The preloaded EA games will also be included in all MGs being rewarded to early adopters visiting Kickstarter.com (search PlayMG) and pledging as little as $99 through Sept. 27 to get an MG for this holiday season.

“It is a testament to the ‘more game’ mission of MG to have secured a partnership with the world’s leading mobile games publisher, making MG a gaming system with access to great premium franchise game titles,” said Taylor Cavanah, PlayMG Founding Partner and Meta Gamer. “We are excited to be able to provide these great EA titles with no set up. Kids open up their MG, and just start playing.”

The MG fills a huge void currently experienced by kids either not old enough to have their own smartphones, or whose parents have found data plans cost prohibitive. MG’s Family Collaboration System means many kids will finally be able to enter the world of freemium apps, and all of the abilities that come with it, while parents can safely and affordably give it to them. The cost savings and collaboration are only two aspects of the MG’s benefits for parents. With the MG, Mom and Dad will no longer feel the need, or pressure, to share their devices with their children, and can finally take their tablets and smartphones back.