A new Kickstarter campaign has recently gone live as of a couple of days ago for a new football game which was inspired by some classic titles like Tecmo Bowl. Being developed by Run Games LLC, Football Heroes is a hybrid football / beat ’em up / RPG title that will be making its way to Android devices when it launches. The Kickstarter campaign also offers some rather unique rewards for helping with the funding for the game.

Wrapped up with 2D graphics to keep it feeling pretty old school, Football Heroes will come with both single-player and multiplayer game modes. The multiplayer will feature head-to-head battles with other players online over WiFi while the single-player mode will feature Divisions Play, letting players battle it out against the computer AI and conquer different divisions. 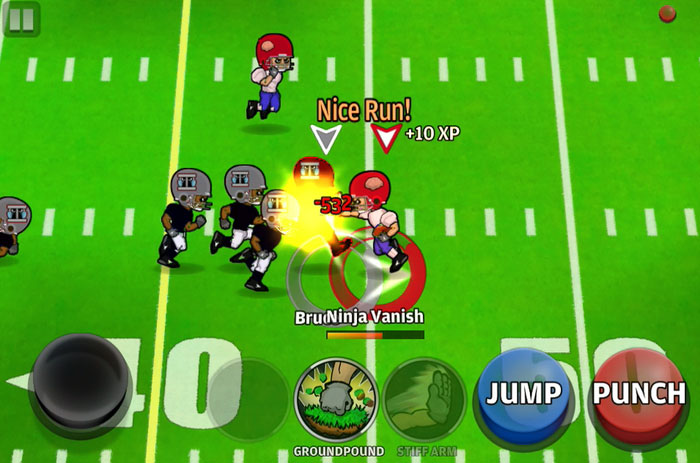 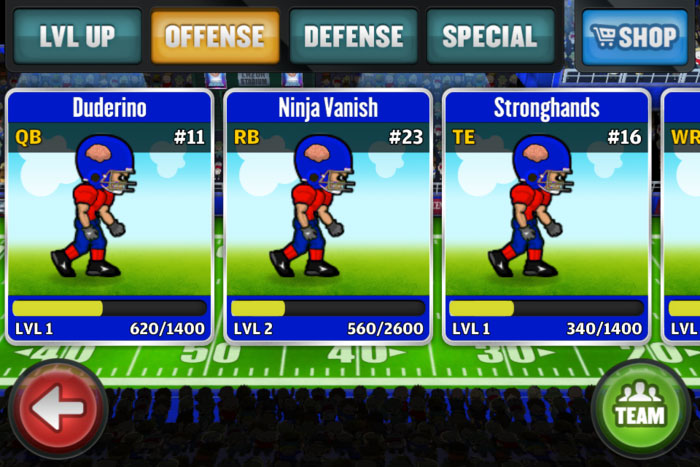 As you play through the game, you’ll gain XP, both through single and multiplayer, which you can use to level up your players in a system similar to what you would find in an RPG title. You’ll be able to make your player stronger and unlock special abilities like Spinning Fists, Ground Pounds, Flaming Passes and so on. Rounding off everything, you can get into fights in Football Heroes as well, just in case you have a little extra aggression you need to get out of your system.

The rewards for helping with funding Football Heroes are also interesting as well with the Producer level ($30+) allowing you to watch the desktops of the entire team in real-time as the game is being designed as well as being able to use video chat to talk with the team (preview on YouTube). You can also get an old school NES cartridge made for the game as a reward. The goal Run Games are trying to reach is $12,000 and they are already a third of the way there with 28 days to go. You can check out the pitch video above.

Thanks to Leyland N. for the tip!