It was only back in June of this year when Devolver Digital released To-Fu: The Trials of Chi onto Google Play. The rather unique puzzle platformer has since done quite well for itself, most likely to the unique style of gameplay that it comes with. Well Devolver Digital has now released a second part in the series, appropriately named To-Fu 2, bringing with it more elastic To-Fu flinging goodness with it.

In this new sequel, you are teaming up with the silent but deadly To-Fu and his newly acquired powers of Chi to smash through objects, get around obstacles and complete new challenges. To-Fu also have a new special move called the Super Ping which allows you to “Ping” around corners with 45 degree blocks & ricochet off rebound blocks. 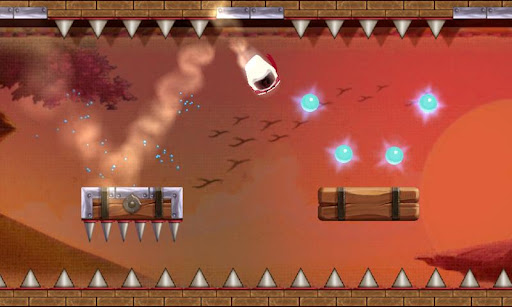 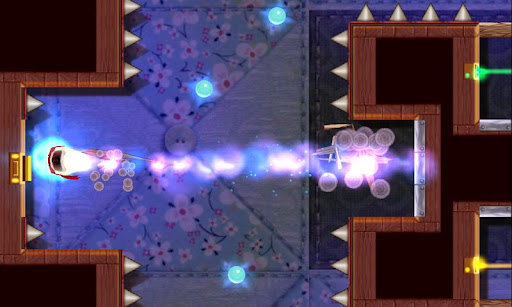 • Unique Stretch Control: Stretch and ping To-Fu using nothing but your finger! Master the all new 45 degree corners and whip around each trial at amazing speed!
• Brain-Bending Challenges: 115 all-new trials for To-Fu to master and perfect. Hours of gameplay and replay value for gamers of all levels!
• Time Trial Mode: Help To-Fu collect as much Chi as possible in a set amount of time!
• To-Fu Store: Customize your To-Fu with fun accessories, costumes and other goodies!

Coming with this new sequel is an all new Time Trail mode which challenges you to collect as much Chi as possible within a set time limit. You will also have all the familiar game mechanics from the original To-Fu game in this new one as well. There is also a whole new store in the game where you can now customize your little To-Fu character.

If you enjoyed the first To-Fu game from Devolver Digital, then you’ll be wanting to pick this sequel up as well. You can download a copy of To-Fu 2 off of the Google Play store for free and as a side note, if you purchase any item at all from the store, it will remove the in-game ads completely.

Thanks to Artem R. for the tip!