Puppet Wars:FPS Episode 1 and 2 now available, lets you unleash your hatred for puppets

Twindigo’s popular FPS series of games over on iOS has now made the jump, invading the Google Play store with both episode 1 and episode 2. This new FPS game, appropriately named Puppet Wars:FPS will have you taking on evil puppets who are planning world domination.

You, should you choose to accept this mission, will be responsible for putting down your mop and bucket, since you’re a janitor at a TV station, in order to stop the evil plot for world domination the puppets are hatching from one of the shows at the station you work at. While this isn’t really part of the job description when you signed up for being a janitor, it is still better than ending up the slave of stuffed toys. 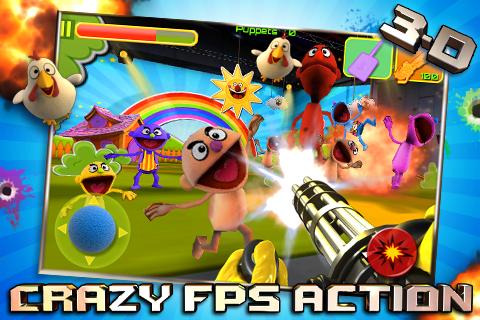 Here is the rather long features list, combining the features of both Episode 1 and Episode 2 of Puppet Wars:FPS :

Puppet Wars:FPS does a good job combining plenty of humor with some rather nice eye candy for you to enjoy. Don’t let the humor and visuals fool you though, this is a challenging FPS game at heart as well. 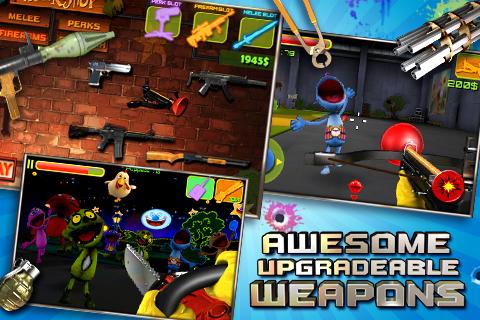 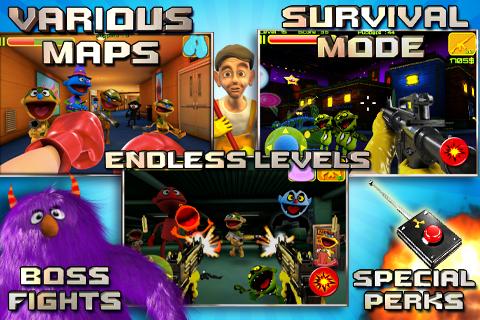 For those of you interested in saving the world from evil puppets, you can grab both Episode 1 and Episode 2 of Puppet Wars: FPS off of the Google Play store with Episode one being free and Episode 2 costing a mere $0.99.