The game starts after a recent zombie apocalypse where you happened to lose your head. Now it’s your task to get back to your body before rotting badly enough to die… again. The game moves through 20 farm-themed levels filled with obstacles that go from mud patches (that of course make you rot faster) to some pretty angry humans wielding forks and hunting down the last remnants of your species. Fortunately enough, you can restore some of your health by eating brains, which happen to be scattered throughout every level. 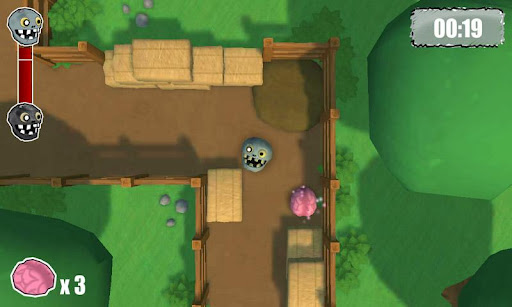 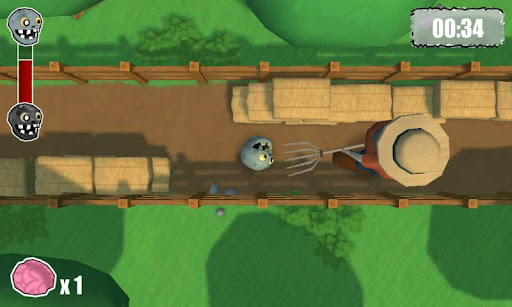 Sporting nice 3D rendered graphics, the usual zombie sound effects, and an even weirder introductory sequence, Rolling Head can be quite funny if you’re in the whole Zombie Apocalypse theme that pours all over the gaming market nowadays. So, if you feel like saving your head from oblivion, you can get this game for free from Google Play, without any In-App Purchases and lots of brains to eat up.