Noble Master Games has been on the forefront of RTS title releases on Android, first bringing their hit browser RTS title called Age of Conquest along with all the expansions. Then came Tropical Stormfront, a more tropical themed RTS game. Now we have their latest addition to their arsenal of games called Desert Stormfront.

Unlike its tropical brother, Desert Stromfront takes place in the Middle East where you will be battling it out for power and oil. In this game you will take command of the Western coalition and fight battles in the Middle East for control of major cities, oil fields and military structures. All the countries battling it out include USA, England, France, Italy, Iraq, Iran, Saudi Arabia, Egypt, Afghanistan plus a rebel faction. just like with their previous games, you’ll have a variety of units at your disposal in order to successfully complete your objectives. 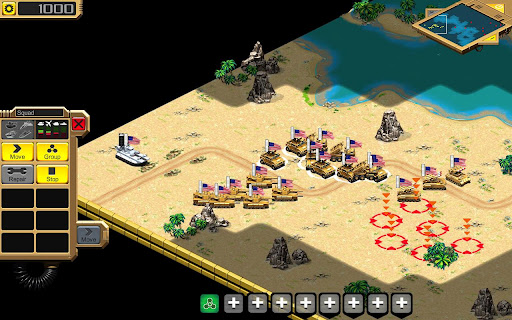 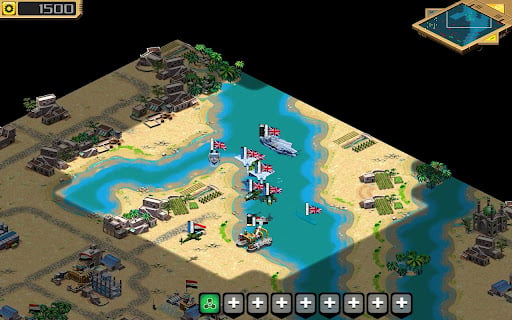 One of the interesting features about Desert Stormfront is that while the game comes with 30 per-defined missions, there is also a random map generator with a variety of scenarios to play through including eliminating enemy forces, capturing the flag, defending against incoming troops, convoy missions, sea and air battles as well as tank fights. You can play these either in single-player or jump into a multiplayer match via LAN or internet where you can either fight against your friends or team up with them in co-op multiplayer.

There is one requirement to play this game which is your Android device has a resolution of 800×480 or higher. Smaller resolutions can run the game but some of the user interface might not be visible. Other than that, if you are ready for some more great RTS gaming from Noble Master Games, you can grab a copy of Desert Stormfront off of the Google Play store for $4.99. There is also a lite version to try out for free before buying the full version.