An indie developer going by the name of Panic Art Studios recently released a couple of games onto Google Play, both of which are little gems on their own. The two games, called AHOY! Bay Bubbles and Didi’s Adventure, are situated into two different genres, one being a more arcade Fruit Ninja-esque type of game while the other is more reminiscent of a puzzle/adventure game.

This particular game is definitely in the style of Fruit Ninja in terms of how it plays out. Bubbles appear on screen, bouncing around for you to pop. This is done with swiping motions which you can use as one long swipe movement in order to pop multiple bubbles with one swipe in order to make combos. There are also power-ups available to collect to help you out. This is all done while avoiding the swords that appear. Hitting too many swords ends the game.

Pretty standard stuff in terms of the type of games AHOY! Bay Bubbles is but the game presents itself as a bit of a different variant over the typical Fruit Ninja style game. There is a free version of the game available to try out and a full version available for $1.28.

Out of the two games Panic Art Studios released recently, Didi’s Adventure is the more promising of the two, especially if you like the maze/adventure type of games. Each level looks like the overall map found in earlier console games like Super Mario 3, at least that’s what it reminds me of. You will have to move your little character through each stage, collecting coins while avoiding traps and other monsters. Each stage also has puzzles to solve in order to get safely through them. 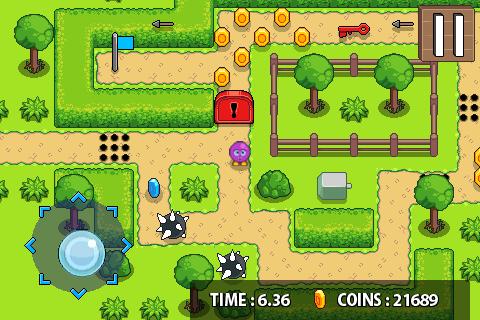 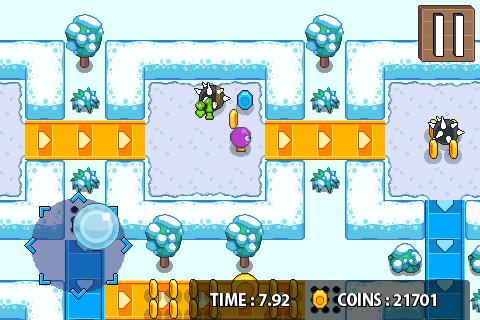 This is definitely more of an arcade game that you can sit down and play for longer periods of time. AHOY! Bay Bubbles is more of a quick fix time killer but both are well made titles. If you’re interested in checking this game out, you can snap it up off of the Google Play store for $1.28 as well. There is also a free version to try out before you buy the full one.