Gamevil has been steadily releasing games onto Google Play over the past few months and we already know that this will continue on till at least the end of this year. Today sees the next title in their line-up arriving on the Google Play store called Duel of Fate. This new game is a multiplayer card battler with a slightly more mature feel to it. Every monster isn’t some cute Pokemon type of creature.

In Duel of Fate you will be playing as a witch or wizard and will square off against other players in a full on card battle game. There are no real RPG elements or anything like that with this game, it’s all about building the strongest deck and beating your opponents, much like other TCG titles both for Android and in real life like Magic the Gathering. 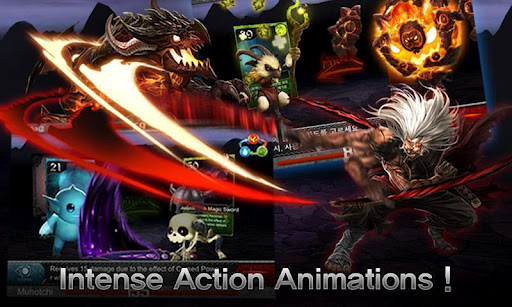 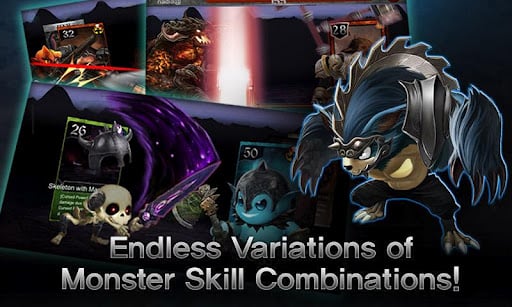 – TACTICAL CARD COMBAT: Make smart moves as your choose which monster card is best fit for the fight!
– GLOBAL MULTIPLAYER MODE: Battle other gamers and their avatars from all over the world in Multiplayer Mode!
– ENDLESS VARIATIONS OF MONSTER AND ITEM CARDS: Collect and upgrade a wide array of monster cards; use item cards to aid you in battle!
– INTENSE ACTION ANIMATIONS: Watch the cards come alive as they go face to face in action!

Before writing this off as just another TCG battle game, Duel of Fate does have one rather unique feature to it and that is when you initiate combat, the monsters representing on your cards will come alive and the battle is animated. So when your monster attacks your opponent’s monster, all of that is animated. Sort of like how the old school Battle Chess game was like, for example, when you move a knight and it takes a pawn, the knight would come alive and stuff his sword into the pawn’s gut. 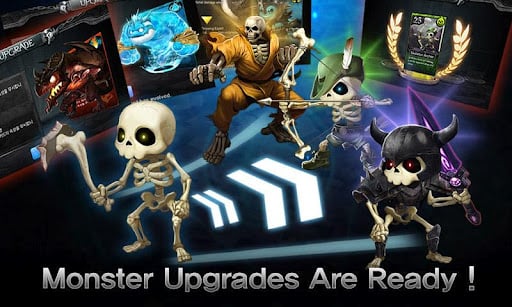 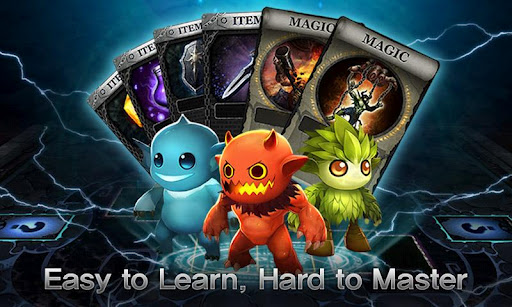 If you are a fan of TCG battle games, you probably already have a ton of games you are playing considering the popularity of the genre and how it has grown. However, you still might want to check this one out. You can download Duel of Fate off of the Google Play store for free. On a side note: Some people are reporting that the game gets a little laggy in some places. Just something to keep in mind when playing. Hopefully Gamevil will tweak the performance soon.