There are plenty of continuous running games out for Android right now with even more heading our way. However there is one that we reported on back in June 2012 which was absolutely gorgeous looking in terms of visuals and the theme was pretty cool itself. That game, developed by Goroid, is called The End and after a couple of months waiting it is now available on the Google Play store.

In The End, the end of the world has happened and now it is all about survival. You’ll be running like crazy and collecting duct tape along the way. You will also be able to buy supplies (basically power-ups) that you can use in order to survive and keep on running longer. While you are running you will need to jump over burning police cars, dodge other hazards and try to make it through all the challenges each day. That is one feature that is a bit different than most continuous running games, the challenges. You will be going through 28 challenges split up over a 5 day period. 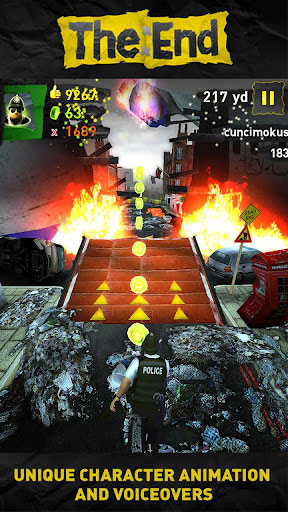 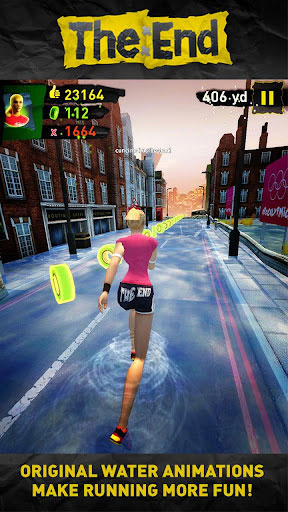 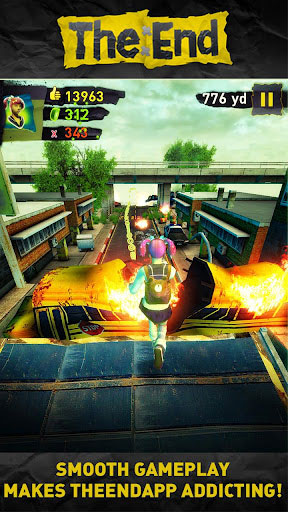 Visually, The End is probably the best looking continuous running game to hit the market and is what initially turned us onto the game back in June. It isn’t just the visuals though that set this game apart for the rest but also the content. There is a lot to do in this game even with it being a continuous runner.

If you are ready to dive into the end of the world and try to survive as long as possible, you can pick up a copy of The End off of the Google Play store for free. You can also check out the game in action in the video above. As a side note, the game shows up on the Google Play store as TheEndApp but it is actually called The End.