The world of exclusive game releases specific to a carrier or chipset rolls on and today the fine folks over at Verizon have gotten in touch with us to let us know that Rigonauts is finally available on Android but is temporarily exclusive to Verizon customers who own an Android device packing a Qualcomm chipset. The exclusivity period is only two weeks though so it isn’t a huge deal aside from the minor annoyance of having to wait the two weeks before the rest of us can play the game.

We reported on Rigonauts coming to Android earlier this year but for those of you who missed our earlier coverage, Rigonauts is an award-winning game developed by Engient who won an award at Activision’s first Independent Games Competition. This game is a physics-based battle strategy game where you will be playing a Rigo and his marry band of hobgoblins who have managed to get stranded on a rather hostile world. Not only are they trying to escape the hostile world they are trapped on but also from their evil master who is out to find and re-capture all of them. 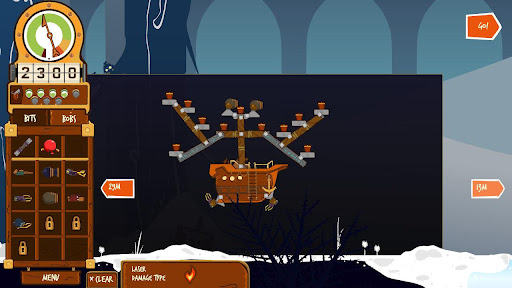 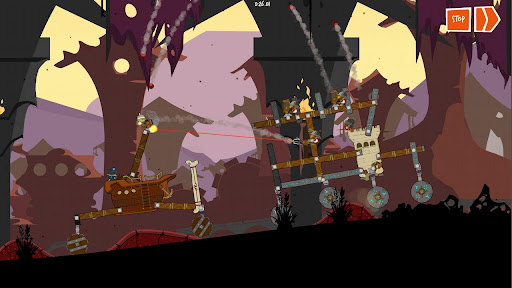 – Endless Strategic Possibilities – Plan, design, and build your own version of the Rigo to overcome the strengths and exploit the weaknesses of the evil Komondants’ naval forces.
– Wacky Weaponry – Command your Crewlin to man an arsenal of machine guns, cannons, flamers and much more as you cripple enemy vessels in your fight to freedom.
– Armors, Shocks & Balloons – Outfit your vessel with armor, shocks and balloons to take on any enemy artillery and terrain imaginable.
– Over 30 Levels – Test the limits of your imagination as you build and battle through over 30 levels of fantastical foes and kooky Komandants.
– Rigonauts Crew – The Caplin commands the Crewlin, the gunners and Saplins who board enemy Komandant ships

Rigonauts is a pretty interesting game as it mixes the physics-based building gameplay of Apparatus with an action game. You’ll have to build your ship before taking charge of it and defeating your enemies and their ships. You can outfit your ship with different armor, weaponry, suspensions and other items. There is almost an unlimited amount of combinations you can use to create your ships with.