“Want to balloon hop a motor home to clear the Grand Canyon? Use your sports car and escape Alcatraz by leaping as far as you can and landing on a barge? Speed through a roller-coaster on a New York skyscraper with a cow on your pickup? You can do all this and more in Top Gear: Stunt School Revolution.” With an introduction that tells a bit of everything you’ll find in it, BBC Worldwide Limited and Supersonic have released Top Gear: Stunt School Revolution on Amazon’s Appstore.

The sequel to Top Gear: Stunt School (which we won’t be seeing on Android unfortunately) and based on the famous TV series that stand as one of BBC’s flagships, brings once again the hilarity and customization of its predecessor, increasing in fun and difficulty as you get to go through more challenging scenarios than ever. 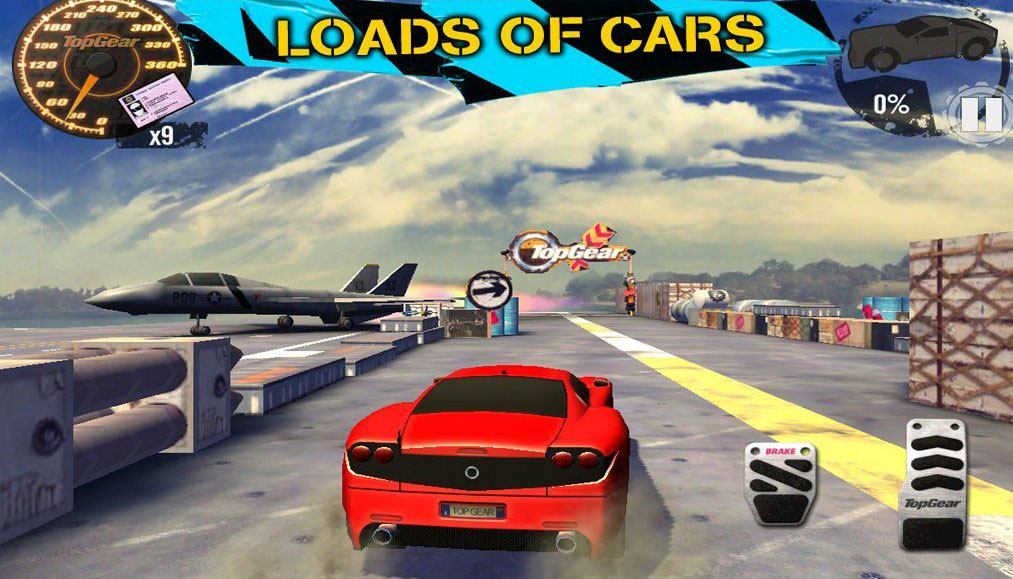 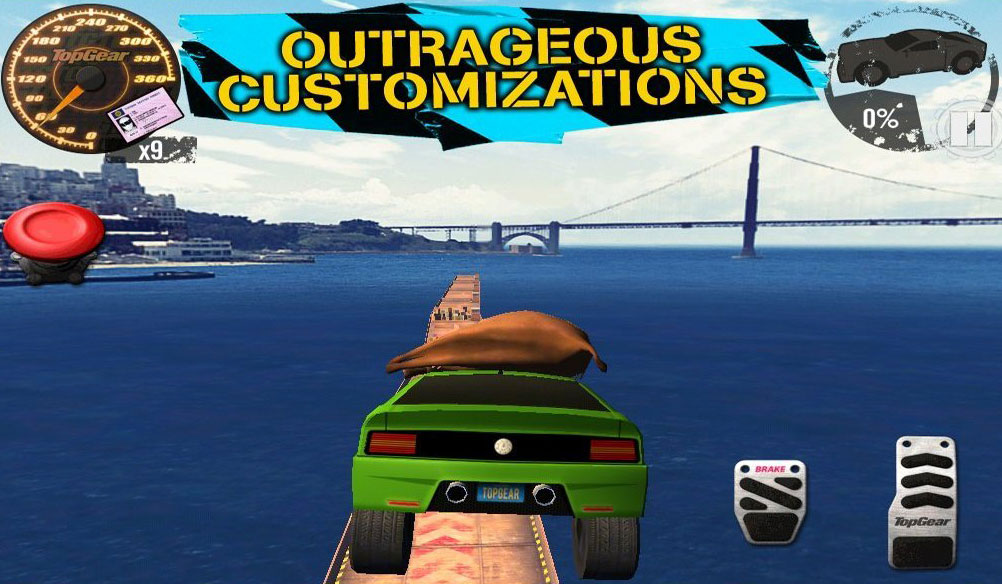 TG:SSR let’s you play with three groups of cars, divided into three main classes, through lots of oddly-shaped tracks and gives “tweaking” a whole new name with extreme, and sometimes awkward, customizations intended to get your car faster, better and funnier every time. You’ll be driving through famous landscapes and competing against your friends in an ever advancing racing game. Here’s some of what you’ll find along the road:

– Endless vehicle customisations to tweak your car performance to any scenario.
– A fantastically responsive, intuitive driving experience.
– Fantastic iconic locations from around the world – Grand Canyon, Alcatraz, Sydney Harbour, New York, Moscow, London and China.
– Challenge your friends to beat your high scores on each stunt and tell everyone about it on Facebook and Twitter.
– The game is free to play and in-app purchases are available for extra Gold Nuts, Permits and Stig Dollars if you can’t wait.

All of that comes wrapped up in some decent 3D graphics along with sounds effects and a soundtrack that fits the game rather nicely. So, if you are ready for some tilt and touch action, Top Gear: Stunt School Revolution comes free of charge to your device through Amazon’s AppStore. No word yet if it will arrive on Google Play.