A few days ago we posted a new trailer that was released by Glu for their upcoming game Death Dome. This is a hack n’ slash which plays a lot like Infinity Blade in terms of mechanics and gameplay while features a sort of zombie/mutant theme similar to something like Mad Max. Death Dome centers around a world where a virus, called the M Virus, has infected mankind and while most people die from it, others end up mutating, becoming rather vicious monsters.

Those mutants, called Behemoths, are sent to a safe place otherwise known as the Death Dome by non-infected humans. As time passes they have gotten stronger and soon they’ll be able to break out of the Death Dome. That is where you come in. You’ll be going in that and squaring off against them and hopefully winning in the process. 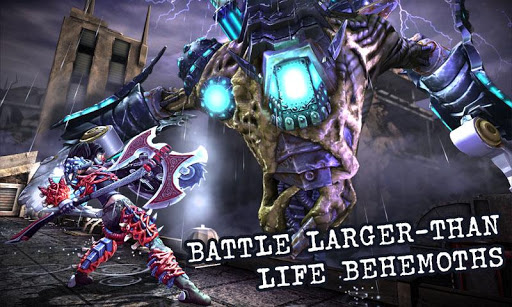 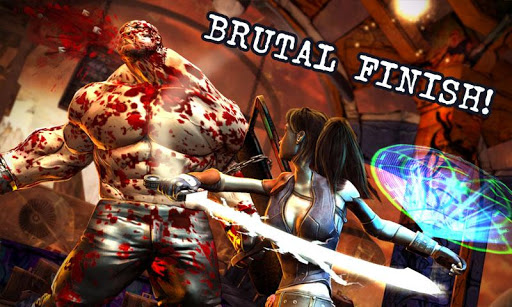 – FIGHT FEARSOME ENEMIES: Battle Larger-than-life Behemoths in a virus-ravaged city
– EVOLVING COMBAT: Learn new skills and techniques as you progress through the game. Use them to take down even tougher enemies!
– FIND LOOT: Scavenge the remnants of a once-thriving city
– ELEMENTAL WEAPONS AND ARMOR: Wield acid, fire and lightning to exploit enemy weaknesses!

There is also the whole elemental aspect of this game as well. Some of your weapons, which you can scavenge around for, are elemental based. You’ll need to choose which weapon will be most effective against the enemy element that is the weakest. Round it up with some solid 3D visuals and you’ve got yourself a decent game.

As with all Glu Mobile releases, Death Dome is available as a free-to-play game with optional in-game purchase for boosters. You can also see the game in action in the trailer above.