2K Games are renowned for their sports simulation games, including the NBA 2K series on PCs and consoles. Last week, many Android gamers (including me) were caught off-guard when 2K Games decided to unleash a mobile version of their latest title, NBA 2K13, on Android. Coming from such illustrious developers, is the mobile version of the latest addition to their basketball franchise worth buying?

Unlike NBA Jam which many of you might have played, NBA 2K13 is a full basketball simulation game which features 5-on-5 matches. The game has 3 primary modes – quick match, multi-season and practice. Quick match and practice is self-explanatory, while the multi-season mode allows you to play through full seasons, including the NBA playoffs. There is an additional game mode called ‘NBA’s Greatest Games’ which allows you to relive some of the game’s greatest moments. Here, you are presented with specific objectives to complete in order to win.

The game may not have the depth of its console and PC brothers, but that doesn’t mean it is very basic in nature. Injuries and fatigue play a role in games. In multi-season mode, the fatigue carries over the course of the season. The game also caters to a wide audience with five difficulty levels, from rookie all the way to hall of fame. You are able to take on the duties of a coach and call for timeouts, make substitutions and change tactics too. 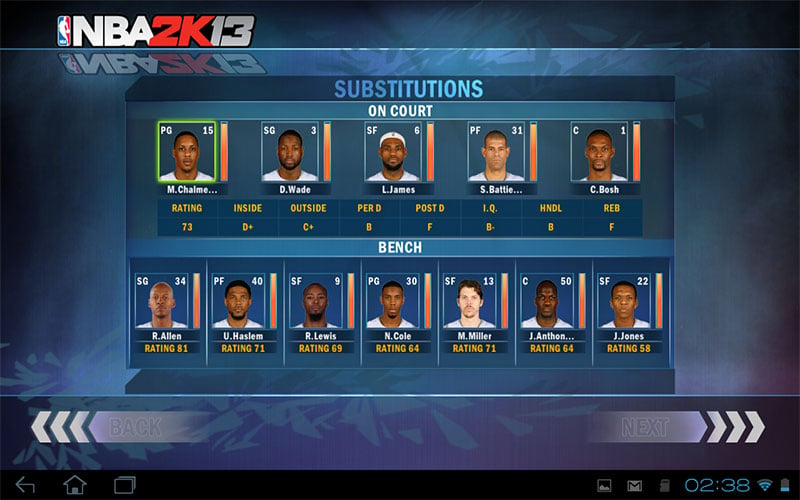 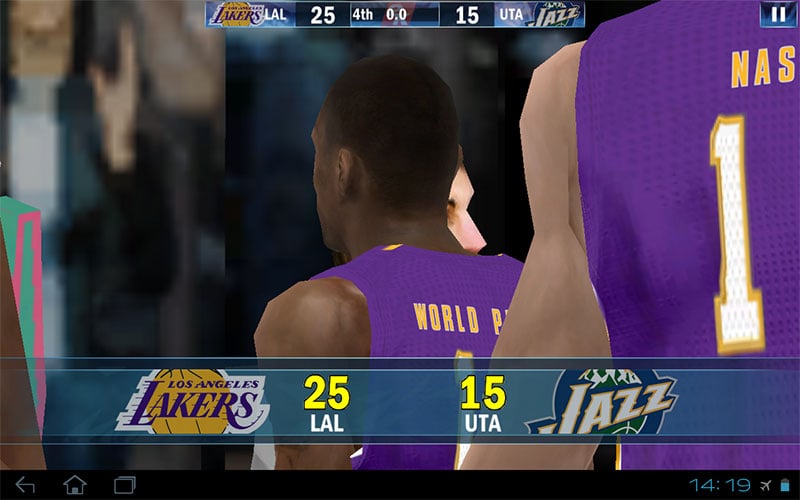 My one major gripe with regards to the gameplay itself is that precious seconds are wasted showing close-up shots, replays and timeouts which you cannot instantly skip through. Also, when the ball goes out of play, it takes what seems like ages for play to get started again. Small details like this slow down the pace of the game, and they make you frustrated for no reason whatsoever.

A live commentary accompanies your matches, but if anything, the commentary is dull, nothing like the Livewire one that accompanies a match in NBA Jam. There are also times when the commentary is absent, especially when you have the ball for a long period of time. Besides that, atmospheric sound from the crowd feels largely monotonous. Away from the game, while you’re navigating through the menus, you get to listen to mostly rap music curated by Jay Z.

NBA 2K13 allows players to choose between two different control schemes – the traditional layout with a virtual d-pad and buttons, as well as the one finger control that’s been specially made for touch screen devices. I played using the traditional layout mostly, and they’re responsive. There are not many options though – just basic controls such as pass, shoot, steal and block. The buttons change depending whether you’re on offense or defense. The one finger control is something new, and it performs well too. It should cater to the more casual players who won’t mind not having total control over their players. 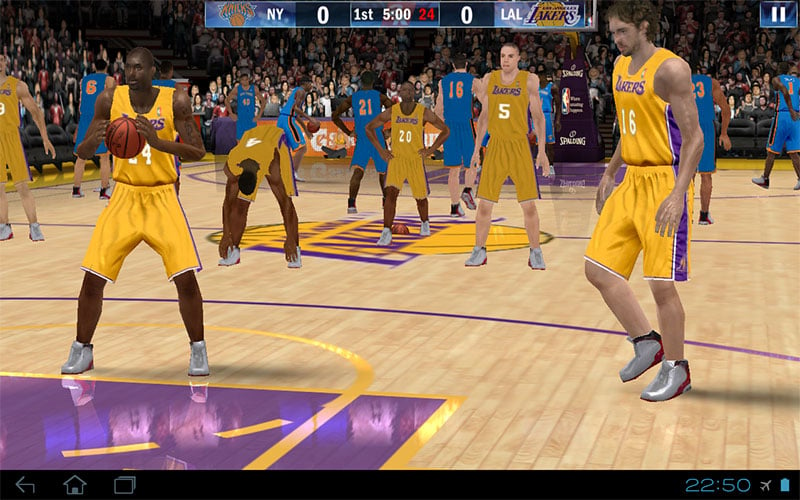 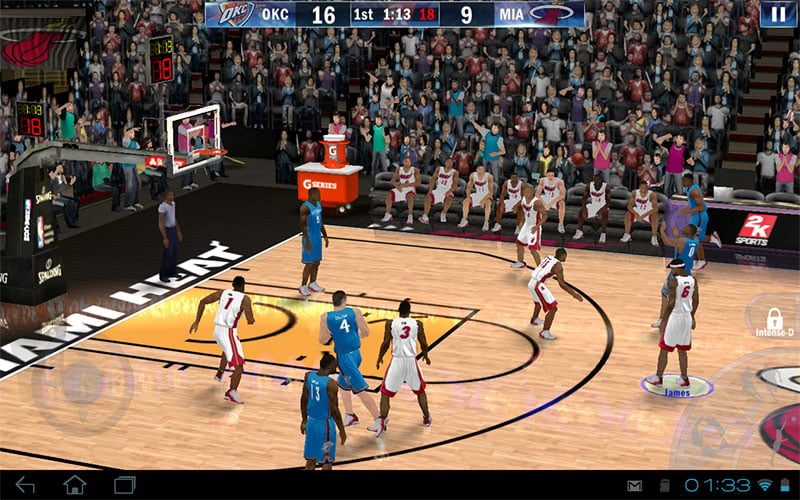 The game’s graphics looks good from a distance. Both the court and players look detailed enough, and their movements are well animated. There are some nice touches as well like real-time reflections on the surface of the court. But the seemingly good graphics start to unravel the moment you begin seeing close-up shots of the players, with low polygon count and texture quality immediately apparent. To make things worse, the crowd is hideously animated in 2D, with low-quality rhythmic clapping that adds nothing, and in fact detracts, from the overall atmosphere.

Arguably the worst aspect of NBA 2K13 is its performance. For starters, the game runs on an inherently low frame rate. This means that all the action going on feels slow, and hinders one from having a thoroughly enjoyable experience. When you play a sports simulation game like this, you want a smooth experience, but unfortunately that’s not what you’d get from here. Then, there’s the case of the game crashing mid-match. I’ve been forced off a match more often than I’ve been able to complete one, which is appalling.

Only the most ardent of basketball fans should consider buying NBA 2K13. Admittedly, the core aspect of the game – playing a fully simulated basketball match – works fine, and the controls play along decently enough. But sadly, most other aspects of the game are found wanting – sub-par visuals, uninspired commentary and sluggish overall performance. 2K Games have underperformed here. But hey, it’s their first Android title, so they will only get better over time. Unless you really have an unquenchable thirst to play NBA 2K13 on your phone or tablet, you’d be better off saving the game’s asking price of $7.99.