Before we dive into this new release for Android, we will just say this in advance that this will be one of those double edged stories. It’s an awesome game with plenty of potential but there is a bit of a set back with it. So what is this new game? It is a new action RPG from Netmarble, a game publisher in Korea, called Justice League: Earth’s Final Defense.

As one person in the market comments describes it, Justice League: EFD is a lot like the old Teenage Mutant Ninja Turtle or X-Men arcade games where you would walk through each level, beating the hell out of some enemies then move on to the next section of that level. The gameplay in this title is very similar although there are RPG elements layered over it such as leveling up your hero and improving their abilities. 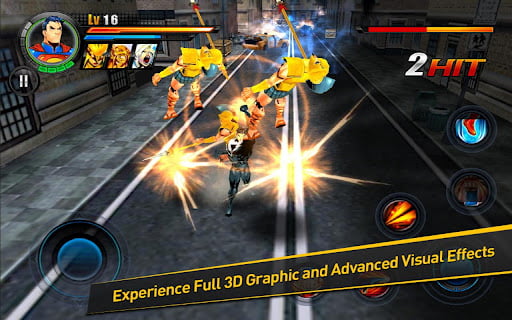 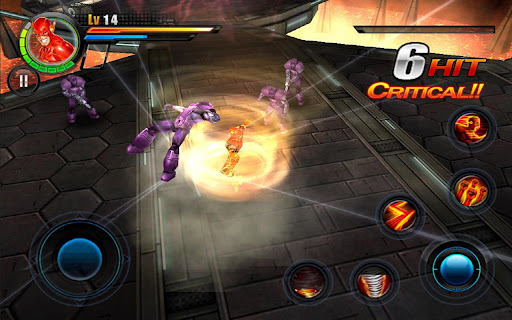 • Support hero system: 30 support hero cards with awesome illustrations
• Multiple uniforms: From the classic uniforms to the DC Comics – New 52 uniforms, each with their own special skills
• 4 chapters and 20 missions featuring original backgrounds from DC Comics
• Amazing full 3D graphics based on the Unity engine
• Upgradable hero skills and powers

The developer recommend that you have a dual-core for at least to play this game. Now for the set up to a fairly promising game. Justice League: EFD is available for only $0.99 off of the Google Play store but is heavily geared towards IAPs. You really can’t do a whole lot without investing in ‘points’ whether it’s to get a new costume or train a sidekick and so on. You can play the game through but progress in the ‘points’ department is pretty slow if you are trying to earn them through gameplay only. Still, if you want to jump into the world of the Justice League, you might want to give it a shot anyways. Just e sure to free up some space as Justice League: EFD weighs in at 1GB in size.