The iControlPad 2 gets fully funded on Kickstarter, soon to be available for sale

Back in September the iControlPad 2 hit up Kickstarter to try and get funding to finish off this new mobile gaming controller which has a much better design than the original iControlPad had. Well with a little under 2 days to go the iControlPad 2 has reached its funding goal and will soon be available for purchase once the prototype gets sent out for mass production. 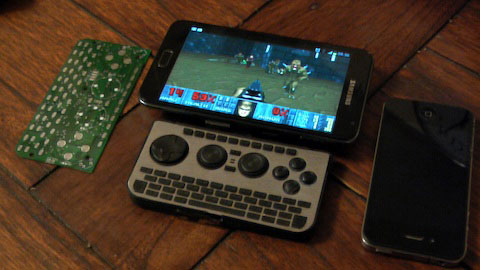 The new design sports a full 55-key QWERTY keyboard, all the button you could want in a controller and a smartphone mount should you feel the need to mount it right onto your phone. The controller will also work through MicroUSB and Bluetooth and is compatible with pretty much any device whether it be tablet, phone or the OUYA. It can also control pretty much any application or game thanks to the fact that the software allows for touchscreen button mapping. The pricing, at least for pre-orders, is $69 for the controller itself and $75 for a ‘boxed edition’. Pre-orders are done through Kickstarter by funding it through either the $69 or $75 tier.

If you want to pre-order one, you can do so still until the Kickstarter campaign ends which, as of the time of writing this, still have 45 hours to go. For you developers out there, the iControlPad 2 will remain open source as well.