Well it seems that the LG device everyone has been dry humping in the news lately that was rumored to be the Nexus device from LG is in fact real. On top of that, it appears that a Russia site Onliner.by has managed to somehow get a hold of one and has done a full review of what is now called the LG Nexus 4.

Unfortunately the entire site is in Russia and so with the help of Google Translate, we were able to sit down and somewhat read this review. The review is of a prototype version of the LG Nexus 4 so the reviewer did have some initial problems with the device, but it’s a prototype so what do you expect. The size of the Nexus 4 is 134 × 69,2 × 9,2 mm, weight – 139 g making is smaller than the Galaxy Nexus. Other tidbits of infomation from the review include that there are no pogo pins for accessories, there is a multi-colored LED notification, micro SIM slot is on the left side, the back completely smooth and glossy, and the sides of the device are made from a matte black rubberized plastic. 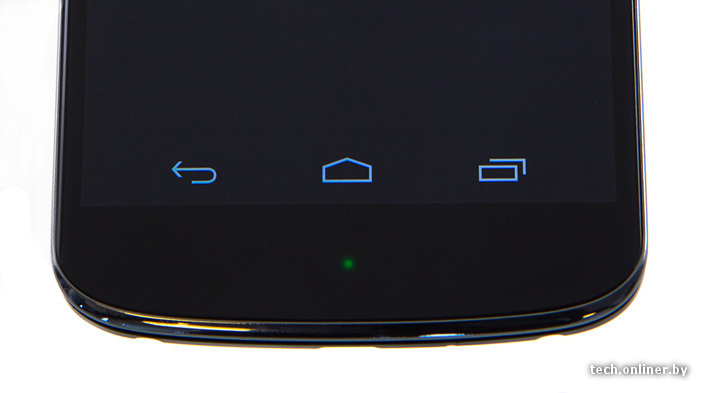 Other interesting facts come in the form of 8GB of storage which seems low for a Nexus device but then again, it is a prototype. The screen is 4.7″ running at 1280×720 resolution with it’s IPS display. The camera is apparently an 8MP one instead of the 13MP camera the Optimus G came with. Confirmed is the 1.5GHz quad-core S4 chipset from Qualcomm, teamed up with an Adreno 320. Lastly, The LG Nexus 4 is rumored to come without LTE and, according to Droid-Life, will sport a $399 price tag when it arrives on Google Play.

Of course, keep in mind that this was a prototype reviewed and all of this could change before the final product arrives on Google Play for sale, apparently on October 29th, 2012. Still, with the rumored specs and all, who’s interested in this Nexus device from LG?