It is always refreshing to come across a title that employs an innovative gameplay, for far too often games are unoriginal and clichéd in the mobile space. Sumioni Demon Arts, originally a PS Vita title, bucks the trend as it makes use of a unique gameplay style. The game has a good premise, but does it deliver?

In Sumioni Demon Arts, you play as Agura, a demon who’s awakened from his slumber to restore order in ancient Japan. The game plays out in a side-scrolling fashion, and features rich and sumptuous hand-painted visuals, along with classical Japanese music fused with some modern techno beats.

What makes this game stand out from the crowd of mobile games out there is that it uses an ink-based gameplay concept, which is coupled with traditional combat and movement controls. Basically, you use your finger to draw platforms that Agura can step on. Standing on these platforms makes Agura stronger, and you’ll evade the obstacles that are on the ground. 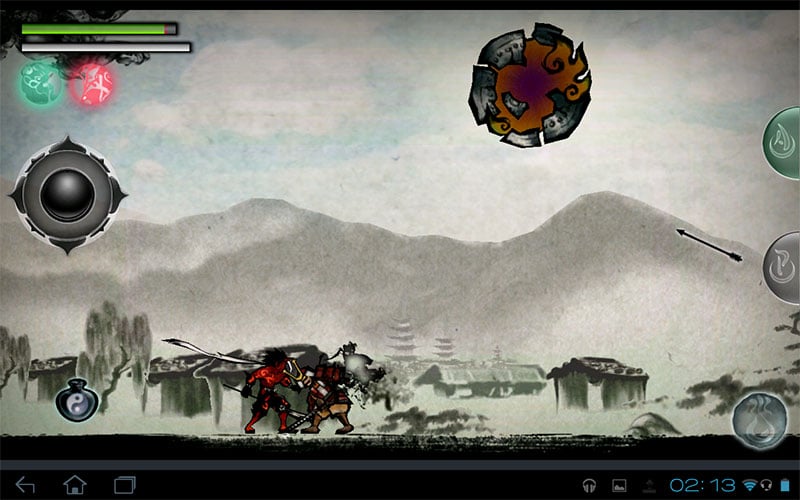 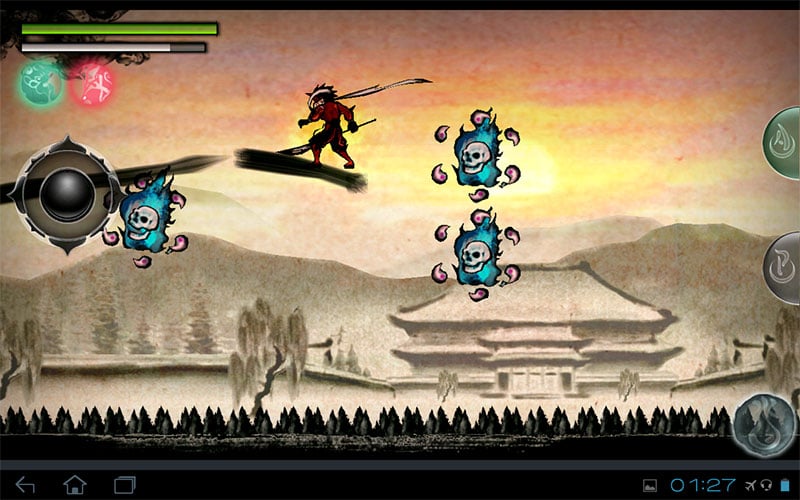 The ink can be used for other purposes as well – it can become fire that temporarily burns the enemies, call on a thunder cloud and also to ask for aid from two other demons who’re your companions in the journey.

However, the sad thing is that this unique concept is not put to good use. Instead of having unique level designs, the game is primarily made up of short levels that are nothing but boss fights. Each time, you do the same thing over, just a tad more difficult. Yes, there are a few more level types, like survival and escape, but these too are repeated.

Furthermore, the game’s controls leave a lot to be desired. Going left and right using the movement pad is fine, but moving it upwards to jump vertically is a horror. This is because you have to be ultra-precise, or else you risk jumping in a certain direction as well. The special combat moves, which require you to double-tap in a direction on the pad and then hold for example, feels poorly implemented too.

I had a shocker while I was playing the game for the first time – barely 30 minutes in, the credits started rolling! Turns out, the game has multiple endings. But strangely enough, no effort is taken to explain to users that there is more to play and the unsuspecting gamer might think that’s the end because that’s how it feels like. Anyway, to get to the other endings, you do have to replay the earlier levels, so there’s a fair bit of repetition there as well. 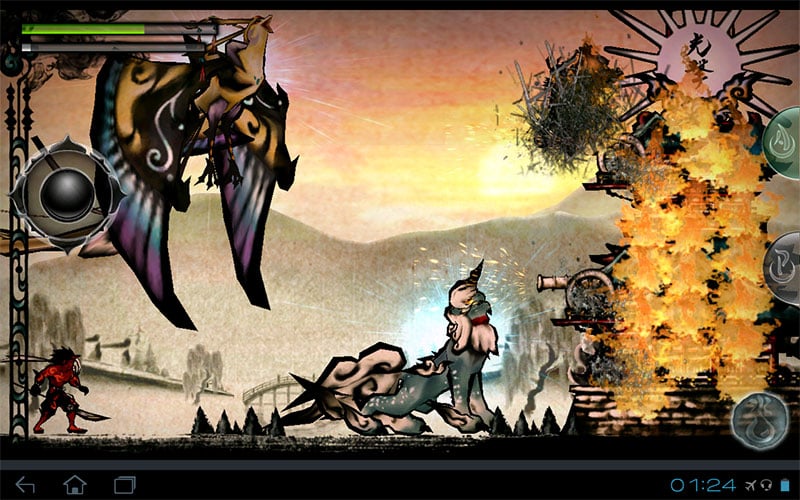 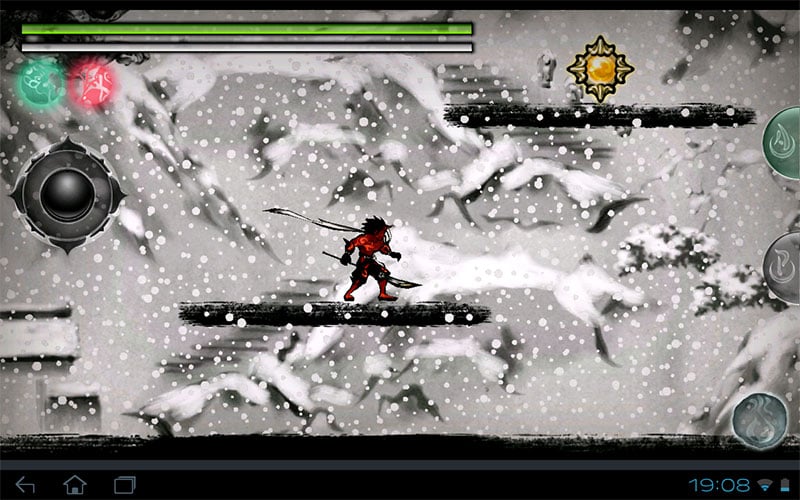 The game has other minor flaws. The loading times are fairly long, the lists are not scrollable, and the game doesn’t auto-save and auto-load – you’d have to manually do these each time. It also doesn’t help that the game actually has a storyline, but while playing the levels, it doesn’t feel like there is any connecting story at all.

Additionally, the game slows down noticeably when there’s a lot going on, usually during the end of boss battles. This becomes more severe as you progress because as the boss battles become more difficult and you use up more resources, the whole game comes to a crawl. Otherwise, the game plays along smoothly, but the sharp framerate drop at times is a blow nevertheless.

Bizarrely, there are 15 bonus stages, but for God knows what reason, you can only access these stages in the ‘rankings’ page. These stages are more of traditional platforming and I actually liked the way they are set up, but the fact that the controls are poor meant that I’d often find myself falling all the way down when I’m jumping on platforms. Starting all over is a pain, and when this happens a few times, you just get fed-up.

Sumioni Demon Arts THD is a unique game at its core, but one that wastes all of its potential to become a lesser game in the end. Moreover, poor presentation, a clumsily implemented virtual d-pad and above all, poor level designs let this game down badly. The final nail in the coffin is the game’s overly ambitious asking price of $12.70. The way I look at it, the game simply isn’t worth your money. Not that much, anyway.