It is all about the highscore in a new retro arcade game from Conquering Bytes called Diskobolos. This particular game is a skill-based retro arcade titles that has you shooting discs at bionic insects. While you can just shoot them individually, you can increase your multiplier to really rake in the points in a few ways including bouncing the discs off the walls to hit more insects.

You can also use a variety of power-ups and even black holes to manipulate your discs to hit more insects. The more you hit, the more you earn in point. This is a pretty fast paced game so aside from having skill, you’ll definitely need to have good reflexes as well. 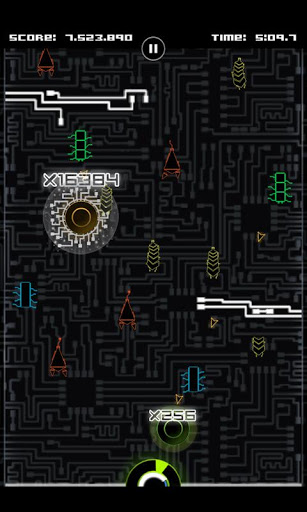 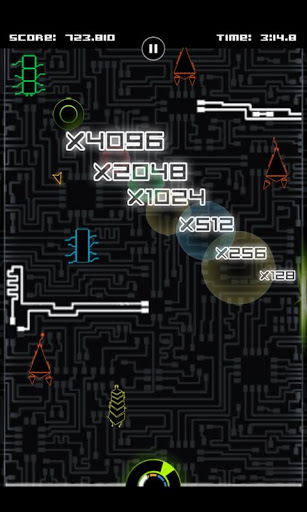 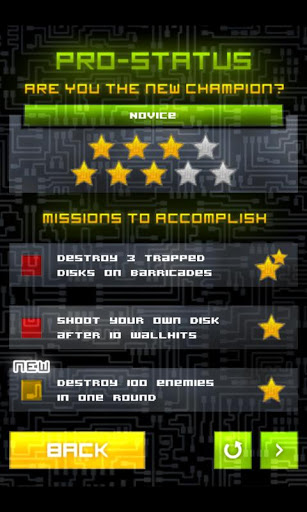 – Arcade: Go on the hunt for the retro highscore and challenge players from all over the world. Only one can be the champion of “THE List”.
– Depth: Skill is everything. Only players who figure out the complex highscore system behind the gameplay, can max-out their highscore multiplier.
– Content: 50 challenging missions require players to change their play style again and again in order to unlock all extras and achievements and to become the new champion.
– Variety: Use different items like the Power Disk, Slow Motion, or the screen clearing Interrupt to handle risky situations.
– Individuality: Use up to four different perks like an aim assistant or a lifesaving Firewall to fit your individual play style.

All of this highscore hunting is wrapped up in some pretty solid retro style graphics to round everything off. For those of you who dig the retro flare in games, and don’t mind playing a game relentlessly in order to obtain the highscore, you can grab Diskobolos off of the Google Play store for free.