There is a new Action-RPG title on the Google Play store coming from Four Thirty Three called Epic Hearts. Unlike a lot of RPG titles that tend to be turn-based in its combat, Epic Hearts is one of the few that offers up real-time combat as you are playing the game. Think of it as something similar to what Gamevil puts out with their Zenonia series of games.

In Epic Hearts will have players becoming an apprentice who is charged with a most ancient and sacred responsibility which as to do with the magic of Renobatio, a thousand year ritual which ensures that the young of Dragonkind reach maturity. You will have a choice of playing as one of three classes: Paladin, Gunslinger or a Swordsman. After you choose your class you will begin your journey to ensuring that the ‘magic charge’ is safe from the Dragonkind’s enemies. 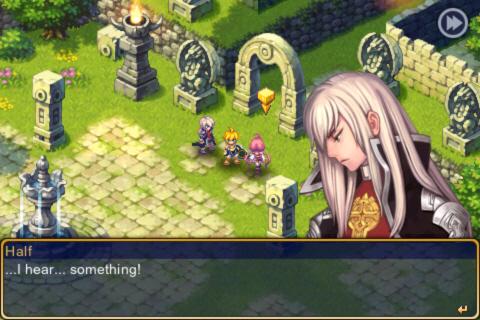 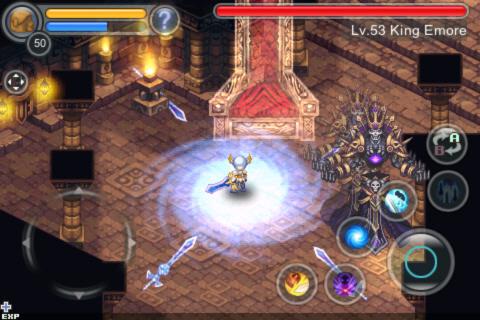 – Detailed, evocative environments are a constantly delightful backdrop for this huge adventure.
– Character design with heart—whichever of the three apprentices players choose is beautifully illustrated and possesses a unique personality and perspective.
– Quests are crafted to enhance the player’s exploration of these magical worlds, with unique goals that progress the Epic Hearts storyline.
– The Epic Hearts narrative is as captivating as its action-filled gameplay. Apprentices must prove their deadly skill against enemies in honorable combat again and again—always remembering the great purpose that they have been chosen to fulfill.
– A choice of three character types, each prepared to live and die as a hero for their cause. Players may choose the gunslinger, paladin, or swordsman as their character; each character type experiences Renobatio a bit differently.
– Eight vast worlds must be made safe to ensure that the apprentice succeeds—each with their own unique themes, environments, mysteries, allies, and opponents to explore.
– 240 quests lead the apprentice onward and upward towards the fulfillment of the millennial ritual.
– Sixty skills demand the apprentice’s attention, each providing an edge in the battle for good.
– Dungeons to dominate and thousands of special items, gear, and gear sets give Epic Hearts players even more ways to live this adventure to its fullest.

Each class has their own unique skills which you can develop as your character levels up. Defeating enemies, completing quests (to the tune of 240 quests) and dungeons are all ways to gain experience to make your character stronger. As with any large scale RPG title, you have a plethora of items and gear to find.

For those of you interested in checking out this new Action-RPG, you can do so by downloading the free-to-play version or jump right into the paid premium edition which will also net you some extra goodies for $1.99.