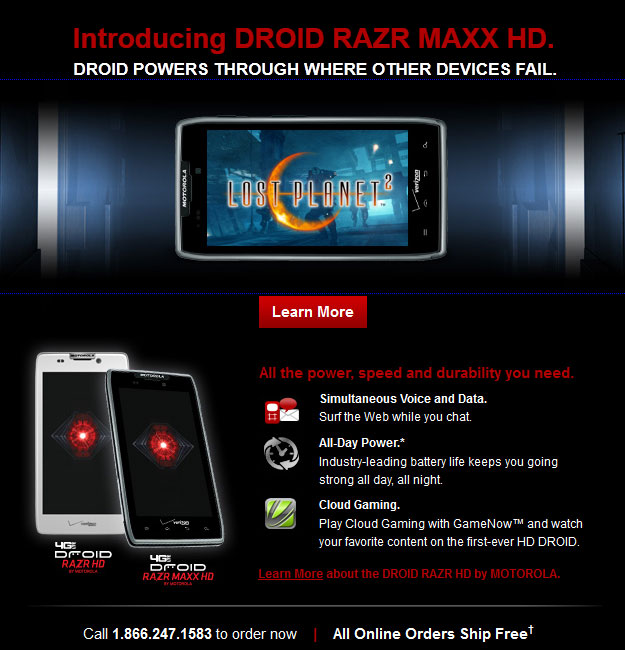 While we are sure it will arrive shortly after a bit of an exclusive period of time, being only available for the Droid Razor MAXX HD during that time, onto other Snapdragon devices. However, for those of you worried that it won’t arrive on Tegra-based devices, specifically the Tegra 3 chipset, fear not, as our previous article about Capcom and Lost Planet 2 was a direct quote from the company about bringing it to Tegra devices. So it will happen, it just won’t be the first to get it since it looks like the Droid Razor MAXX HD will have it. Plus it was also shown off in an early build on a Tegra 3 tablet during Computex 2011.

To recap what Lost Planet 2 is about, it is is an interesting third-person shooter that takes place on a planet called Eden II. To sum up what the game is about, essentially your task is to kill everything that is hostile on Eden II using a variety of weapons. Currently this game is available for PC, XBOX 360 and the PS3 which would make this one of the first games of this magnitude to arrive on Android.

Now that we know Lost Planet 2 is on the horizon, we will be digging into when it will be arriving for the rest of the Android world. For you future Droid Razor MAXX HD owners, it looks like you’ll be the first to play it.

Thanks to ShadowOfAnAndroid for the huge tip!