Devil’s Attorney Review – Satire makes its way to the courtroom

Meet Max McMann a.k.a. The Devil’s Attorney, a shrewd lawyer who’s bent on setting free those who’ve veered onto the wrong side of the law. He’s blunt, slightly on the rude side of things and has a penchant for humor at the same time, and he doesn’t care so much how he wins cases, just so long he wins them. He may be a champion in the courtroom, but can he win our hearts?

Devil’s Attorney is at its core a turn-based strategy game. You are given a set number of points each turn to spend on your abilities, with the goal of removing all those on the prosecution side, be it the prosecutor itself, witnesses or evidences. After you’ve used up your points, it’s the prosecution’s turn to give you a whacking.

The game has some RPG elements too. As you win court battles, you pocket home wads of cash that you can then spend on upgrading your lifestyle – whether it’s giving your apartment a makeover, getting yourself a new suit or sprucing up that Ferrari of yours. With these upgrades, you are able to develop your skill sets, which ultimately unlock new attack and defence abilities. 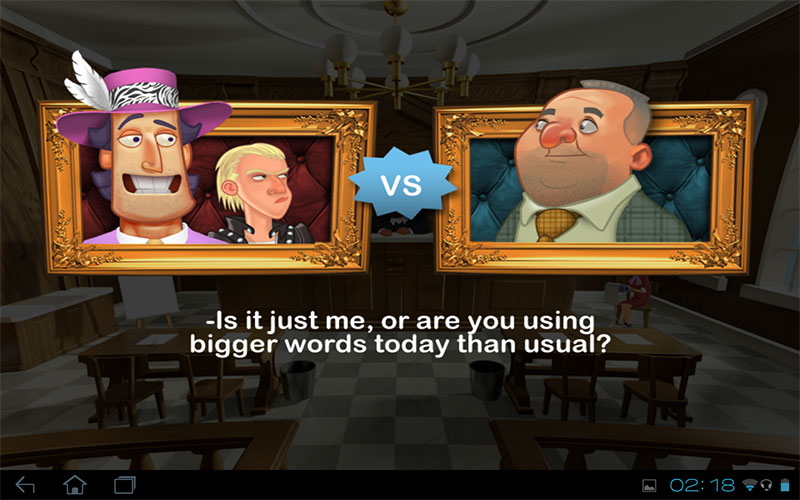 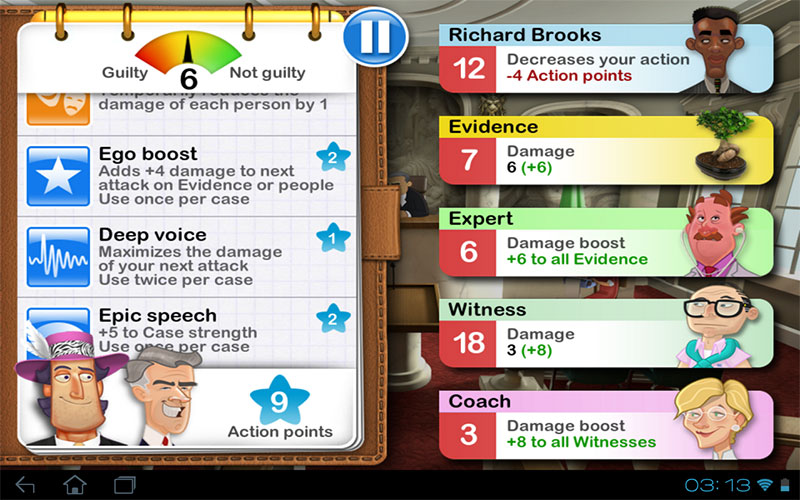 While there’s no denying that Devil’s Attorney is a turn-based strategy game genre wise, it isn’t as long or as drawn out as the standard fare since the battles are brisk. A fair amount of luck is also involved in the game, especially if you play on the highest difficulty setting. This is due to the fact that the abilities deal a range of damage, and sometimes to get the outcome in your favour, you’ll have to replay the levels.

The real challenge in the game is getting the bonus cash. To do so, you’d need to finish cases in a pre-determined number of turns. Another thing to keep in mind is that the default difficulty is a tad too easy, so I reckon switching to hard once you get the hang of things.

The gameplay mechanics may not be groundbreaking, but what really sets Devil’s Attorney apart from any other game is its sense of humor, which borders on the satire. The cutscenes depicting Max and the rival attorneys talking it out before each case is in my opinion, worth the price of admission alone. There’s lots of friendly banter and read-between-the-lines sarcasm that will result in some serious laugh-out-loud moments. 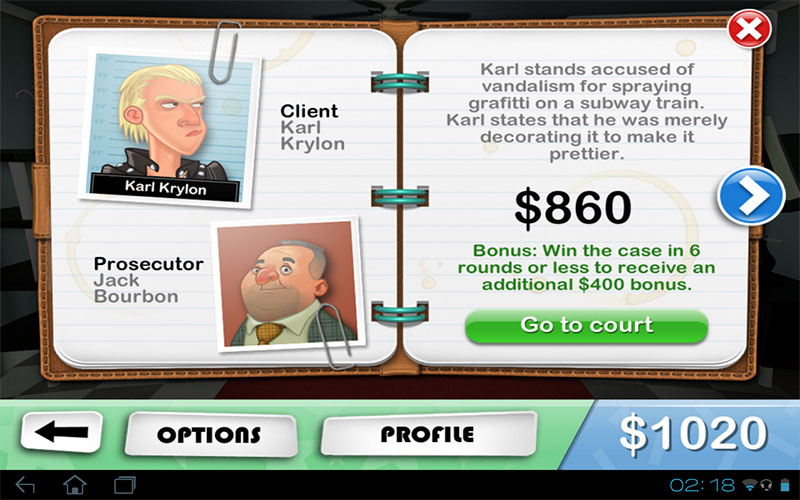 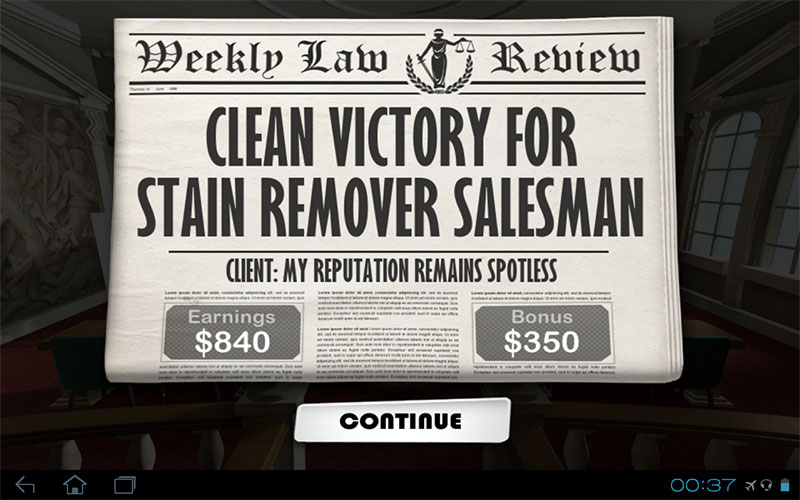 Another standout is the game’s level of polish. Everything is smooth flowing. The graphics are colourful and vibrant. The soundtrack is from the 80’s. Even the writing style is brilliant – case descriptions are dumbly hilarious, and the newspaper headlines feature an innovative play on words that any avid user of the English language would appreciate. A storyline also develops as you progress, and this brings you closer to the characters in the game.

After playing for a while though, you start feeling the game gets repetitive. Not much is done to freshen up the court battles. Some new elements are introduced along the way, but I think the developers could have done a better job in that respect. The humour starts wearing thin as well as you approach the end of the game. But I can’t really blame the developers because coming up with over 50 original satire-laden conversations is no easy task.

Devils’ Attorney is, in short, a really fun game – provided you have a knack for satirical humor. Its production quality and polishness is next to none on Google Play. The only thing going against the game is its somewhat shallow gameplay. Aside from that one downer, Devil’s Attorney ticks the right boxes in all other aspects of the game, and is well worth the asking price of $2.99.