Beasts & Blades 3D RPG hits up Kickstarter, but you can play the beta now

The developers of a new 3D turn-based RPG has hit up Kickstarter for funding to help finish their game called Beasts & Blades. However, unlike a lot of Kickstarter projects, which usually don’t have any sort of playable alpha or beta, mostly just some video footage of it, Beasts & Blades have a playable beta which only Android users can get a hold of for free and start playing the game already.

The beta on Google Play is titled Beasts & Blades: Episode 1 The Dungeon Escape which is a lot better then just labeling it as Beasts & Blades beta. Still, title aside, this is a beta so there are bound to be a few bugs here and there. There are five playable characters who are out to free the lands from a corrupt ruler, but the five players are actually assembled together by this corrupt ruler, Lord Crewe. At that time though, they don’t know he is not exactly a nice guy. We won’t get too far into the story though so as to not ruin it for anyone. 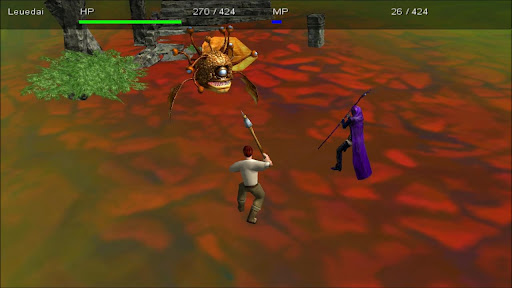 You will need a pretty beefy Android device to play this game although most modern ones should be able to handle it just fine. The version on the Google Play store, as we previously mentioned, is basically a preview of what the paid version will be like once it is finished. So far the game actually is quite good, even for a beta preview.

If you’re an RPG fan then you might want to consider tossing a couple of bucks towards getting this funded. When the game is complete, it will also be available on OUYA when that finally gets released next year. You can learn more about Beasts & Blades, as well as help fund it, by hitting up their Kickstater page. For those wanting to try the game out, you can do so for free off of the Google Play store.