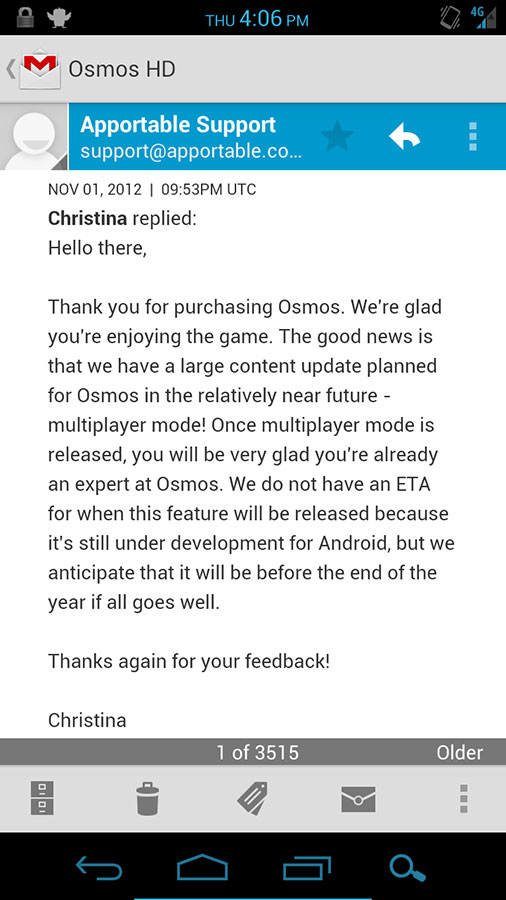 Thanks to a support ticket from one of our readers that was answered regarding Osmos HD, it appears that the same large content update, complete with multiplayer mode, will be arriving on Android soon. Currently this feature is still under development but according to the support ticket’s answer, it should be available in the relatively near future. Unfortunately there is no exact release date just yet but as you can see in the support ticket, pictured above, that if all goes well we can expect to be playing multiplayer Osmos before the end of the year.

If the multiplayer feature is the same as the iOS version, players will be able to play against other people, either online or locally, in one of the six different arenas to battle in. Then the two players race to see who can absorb more smaller orbs and, in turn, becoming large enough to absorb the other player. Whoever gets absorbed loses the match. So who is ready to get some multiplayer action going in Osmos HD?

Thanks to Taylor E. for the tip!