I don’t get it. Of course I could just be getting old or out of touch with the latest and slickest new styles in Android gaming, but I honestly have no idea how anyone can play a game like Fatal Frontier and find it entertaining or challenging. I sat in bed, with my wife, and showed her just how silly the game can be. How silly? Well, if you have ever heard of Cow Clicker, a semi-art project that was supposed to be a sort of protest against the overly simplistic gameplay of games like FarmVille, then you might understand how Fatal Frontier made me feel.

Cow Clicker essentially asked players to log in to check in on his or her virtual cow once a day, and click it. I’m simplifying the entire experiment, but in short it surprised the creator that players actually wanted to log in everyday to click the virtual cow. Now, I’m no stranger to the impulse in all of us, the one that gets us to buy the chapstick while waiting in line at Wal Mart of the one that forces us to log into a game everyday, even if we do not like it, to check on our virtual little people. 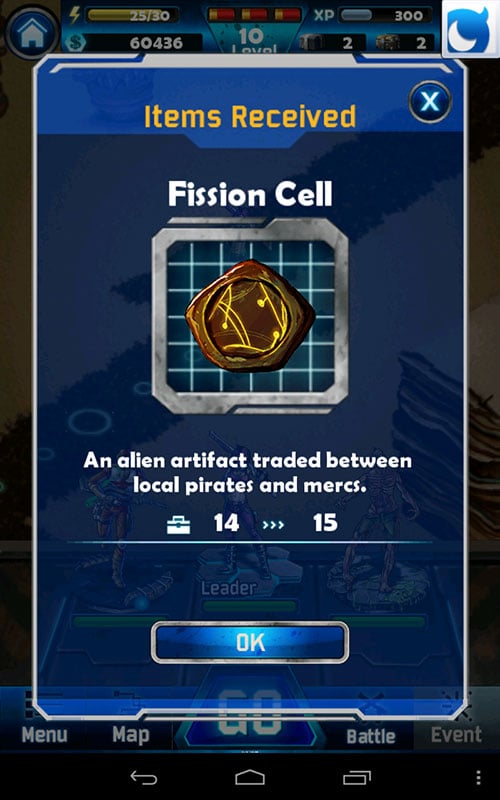 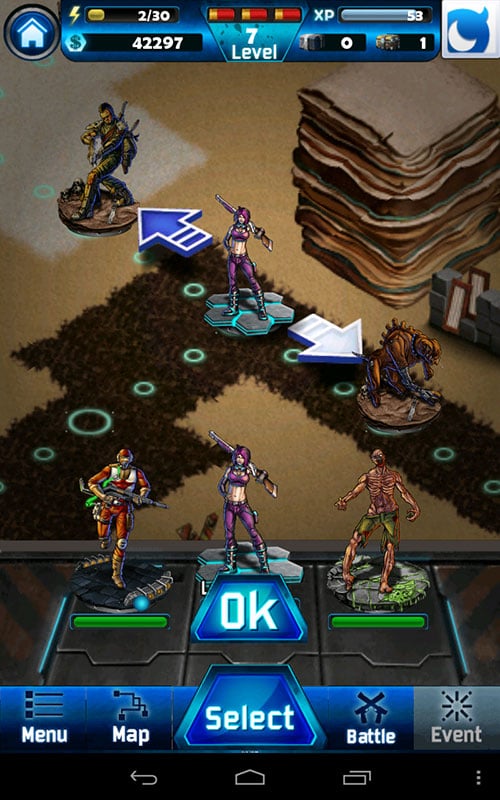 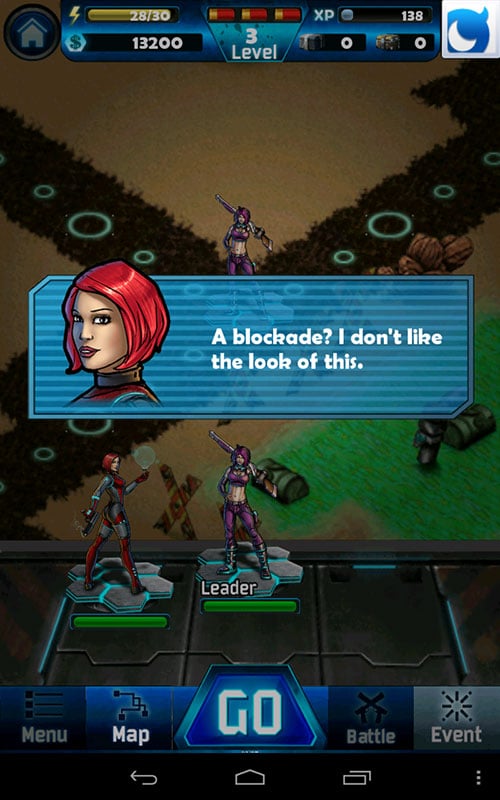 But, like the creator of Cow Clicker, I’m a bit confused as to why anyone would want to play a game like Fatal Frontier; a game that simply does everything for you. As I mentioned before, I sat with my wife and showed her how I could literally push one button the entire time, accepting any pop-up and pushing more buttons, and still not only survive but seemingly flourish in this, ironically, wonderfully drawn Android game.

I push a button to move my characters down a sort of boardgame board, and they stop along the way when they run into an enemy. Flash to a combat screen that has me pushing another button to start combat. My characters attack the enemies and I am victorious generally within seconds. A few of my squadmates level up and I move on. I continue down the board, picking up stuff I have no control over picking up, and I fight some more. I clear the area and move on to the next area, and it all begins again.

Sure, there’s exciting music to help my pushing finger get all excited, but overall I literally felt as though I could have closed my eyes and still beat my way through every area. Occasionally a PvP challenge would pop up and I would accept it, beating three or more enemies in a row. I’d get some sort of loot in return, but I didn’t care enough to read about it and it would not have mattered. This is a game on auto-pilot, and while the visuals are pretty, the trip is so boring I’d rather sleep in the back seat.

I read many of the comments on the app page in amazement… people claiming that the game was great fun and just as enjoyable as “BB” (whatever that is) but I have no idea which game they were playing. There’s a collectible card element to the title and I’m sure at some point the challenges pick up, but for the love of all things awake I played my way through the first few hours without ever pushing more than one button. I am not kidding and I am not exaggerating. 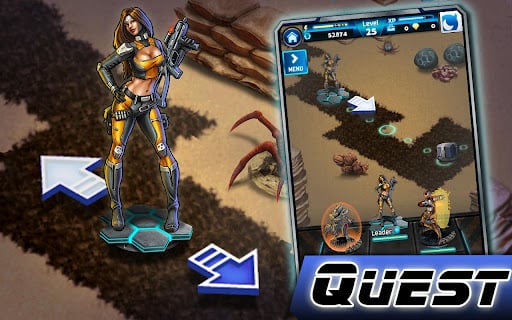 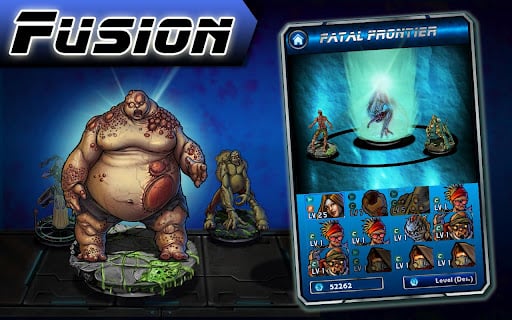 The thing is that normally there has to be something negative that happens to me when I completely skip reading the text or even trying to understand the gameplay at all. It started off as a slight experiment; to see how long I could play without needing to actually do anything, but the experiment just didn’t stop. I just kept pressing that one button. That single, large button. Oh, it moved across the screen occasionally and even had different words on it once in a while, but it was still just one button.

Who finds this fun? Have I stumbled into another reality in which people literally enjoy pushing one button, over and over, with no regards as to how it all pans out? Do you have to be on drugs to enjoy this one?

I give up. I am perplexed but intrigued about who enjoys this game and why. I even managed to merge some of my characters together using some sort of cloning process or… something, but the game still played the same. I still killed things and moved across a board. I cleared stage after stage and it never stopped.

I turned it off before it sucked me into a realm of madness.

Needless to say, I’m not sure you should try this one. According to most of the reviews I read, there are players who claim this is one hot title. I have a good feeling that these are younger players with no money and who were raised on Pokemon, as bland of a game as possible. It seems as though a steady diet of gray, soulless gameplay creates a love for large “I-win!” buttons.