When you open up International Snooker Pro THD, you will be treated to a few different types of gameplay modes and actual games to play. You can start your professional snooker career by playing 15 tournaments in 14 locations around the world competing to be world number #1. If you aren’t feeling that though, you can jump into one of three Quick Play modes including UK 8-Ball, US 8-Ball and US 9-Ball. Career Mode is actually pretty in-depth as well and it isn’t just a ‘single season’ type of career mode but one that gives you a full rolling year-over-year professional snooker career. 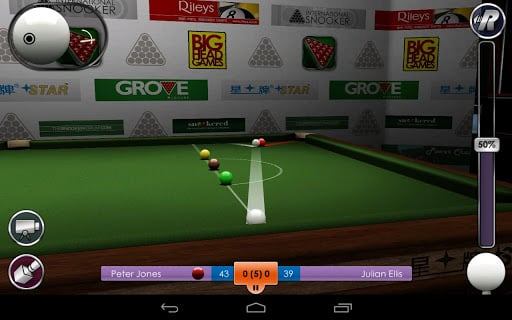 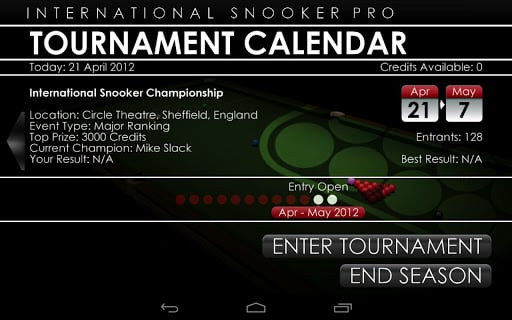 – All new graphics and physics engine optimized for Tegra-devices for an even greater level of detail, realism and physics simulations.
– A Career Mode places you in a full ‘rolling’ year on year professional snooker career, playing 15 tournaments in 14 locations around the world competing to be world number 1.
– Includes three Quick Play Pool modes: UK 8-ball, US 8-ball and US 9-Ball.
– Fill your trophy cabinet with 16 trophies from 7 major and 7 minor events, 1 invitational event plus the coveted 147 trophy.
– Referee voiced by Michaela Tabb the world’s favourite referee of snooker and pool competitions.
– Stats and Achievements with full Scoreloop integration.

So, if you happen to enjoy playing these types of games on your phone or tablet, and happen to have a Tegra-based device, then you might want to check out International Snooker Pro THD. It is available through both Tegrazone and Google Play for $2.99.